Kate Levering Net Worth: Kate Levering is an American actress and dancer who has a net worth of $2 million. Kate Levering was born in 1979 in Sacramento, California, and moved to New York City after high school to pursue a musical theater career. Four years later, she landed the part of Peggy Sawyer in the production of "42nd Street" in 2001.

Levering earned a Tony Award nod for Best Featured Actress in a Musical for the part. She went on to star in "Thou Shalt Not" before she landed several on-screen roles. Levering appeared in a 1999 episode of "Home Improvement" and reprised her Broadway role for the TV movie "The Lullaby of Broadway: Opening Night on 42nd Street". Levering was cast as a regular on 2004's "Kevin Hill", playing Veronica Carter for nearly two-dozen episodes. She also appeared on "Out of Practice", "CSI: Miami", "Cold Case", "Close to Home", "Medium", "Ghost Whisperer", "Blue Blood", "Cashmere Mafia", and "Like Dandelion Dust" before landing a lead role on "Drop Dead Diva". Levering played Kim Kaswell on 71 episodes from 2009 until 2014. Her other parts during the time include roles on "White Collar", "NCIS: Los Angeles", "Breaking the Girls", and "Chlorine". Levering has been married to her husband, Reza Jahangiri, since 2013. They have one child together. 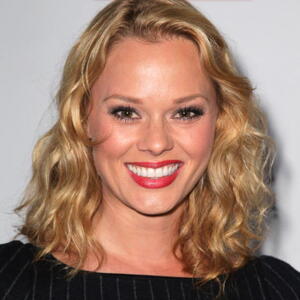