Early Life: Kate Flannery was born Katherine Patricia Flannery on June 10, 1964, in Philadelphia, Pennsylvania. She grew up in Ardmore, Pennsylvania, with mother Joan, father Tom (owner of Flannery's Tavern), and six siblings, including a twin sister. Kate attended Saints Colman-John Neumann School and Archbishop John Carroll High School, and after graduation, she enrolled at Virginia's Shenandoah Conservatory of Music, then transferred to Philadelphia's University of the Arts two years later. During her senior year of high school, Flannery appeared in a production of "Bye Bye Birdie" at the Riverfront Dinner Theater.

Stage Career: After college, Kate moved to Chicago and joined The Second City's National Touring Company. She also became an original member of the Annoyance Theater, where she performed in numerous shows, such as "The Real Live Brady Bunch." In Chicago, she formed The Lampshades with Scot Robinson, and in the early 2000s when they were both living in Los Angeles, the duo reunited and began performing in Hollywood and at comedy festivals around the U.S., including Aspen's U.S. Comedy Arts Festival. Flannery appeared in Nora Ephron's "Love, Loss, and What I Wore" in New York and played Neely O'Hara in New York and Los Angeles productions of "Valley of the Dolls." In L.A., she also starred in "The Phacts of Life" and a Lily Tomlin-Jane Wagner production of the "Six Feet Under"-inspired comedy "Three Feet Under." 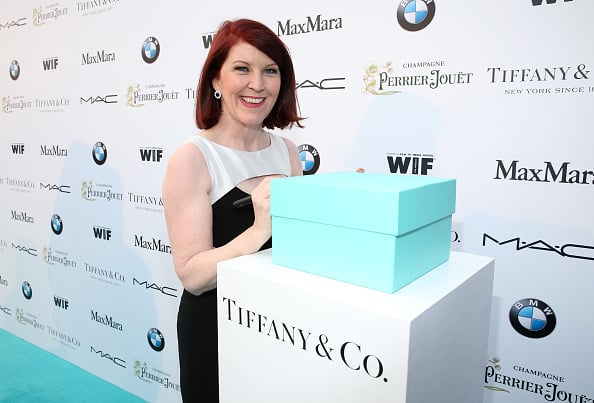 Personal Life: Kate has been in a relationship with NBC photographer Chris Haston since 2006. When they met, Haston was a stills photographer on "The Office." Flannery is good friends with Jane Lynch and has served as her sidekick on the "See Jane Sing" tour; Kate also performed on Jane's 2016 Christmas album, "A Swingin' Little Christmas," which reached #8 on the "Billboard" Jazz Albums chart. Flannery used to be the musical director of the Los Angeles Drama Club, where she taught Shakespeare to children.

Awards and Nominations: "The Office" cast received seven Screen Actors Guild Award nominations for Outstanding Performance by an Ensemble in a Comedy Series, winning in 2007 and 2008, and the series earned a Gold Derby Award for Ensemble of the Year in 2007 and a Future Classic Award at the 2008 TV Land Awards. Flannery received two Behind the Voice Actors Award nominations in 2018: Best Female Vocal Performance in a Television Series in a Guest Role for "Steven Universe" and Best Vocal Ensemble in a New Television Series for "OK K.O.! Let's Be Heroes." 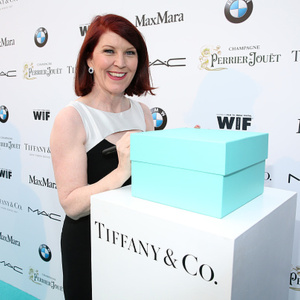