Kate Capshaw Net Worth: Kate Capshaw is a retired American actress who has a net worth of $100 million dollars. Although she has an extensive career in her own right, the majority of her net worth is attributable to her husband since 1991, director Steven Spielberg.

Early Life: Capshaw was born as Kathleen Sue Nail in Fort Worth, Texas. Her mother Beverley Sue was a travel agent and beautician, and her father Edwin Leon was an airline employee. The family moved to St. Louis, Missouri, when she was five, and she graduated from Hazelwood Senior High (now known as Hazelwood Central High School) in 1972. She continued her education at the University of Missouri, where she earned a degree in education and was a member of the sorority Alpha Delta Pi. Following graduation from college, she taught Special Education at Southern Boone County High School in Ashland, Missouri, and Rock Bridge High School in Columbia, Missouri.

Career: After moving to New York City to pursue her dream of acting, she landed a role on the long-running soap opera "The Edge of Night." She left "The Edge of Night" to star in the comedy film "A Little Sex" (1982), which she landed the lead role in despite initially auditioning for a smaller supporting role.

Capshaw won the female lead as Willie Scott opposite actor Harrison Ford in "Indiana Jones and the Temple of Doom" (1984), a prequel to the 1981 film "Raiders of the Lost Ark." It was while filming "Temple of Doom" that she met director and her future husband Steven Spielberg. She also appeared in productions such as the 1986 film "SpaceCamp" as camp instructor Andie Bergstrom; "Power" (1986) opposite Richard Gere and Gene Hackman; and "The Quick and The Dead" opposite Sam Elliott in the starring role as character Susanna McKaskel.

Films she appeared in throughout the late 1980s and into the 1990s including "Black Rain" (1989) alongside Michael Douglas and Andy Garcia, "Just Cause" (1995) with Sean Connery and Laurence Fishburne, and "Love Affair" (1994) with Warren Beatty and Katharine Hepburn. Additionally, she was featured in the 1997 film "The Alarmist" with David Arquette and Stanley Tucci, and starred in and produced the film "The Love Letter" (1999). Her last projects before retiring from acting were the Showtime Cable Network TV Movie "A Girl Thing" (2001) with Stockard Channing, Rebecca De Mornay, and Elle Macpherson, and the 2001 TV movie "Due East."

Personal Life: Capshaw married marketing manager Robert Capshaw in January 1976, before divorcing in 1980. She kept her ex-husband's surname Capshaw, which she used for her professional name during her acting career.

Capshaw married director Steven Spielberg in 1991. Originally an Episcopalian, she converted to Judaism before marrying him in both civil and Orthodox ceremonies. In the combined Spielberg-Capshaw family, there are seven children in total: Jessica Capshaw, Capshaw's daughter from her first marriage to Robert Capshaw; Max Spielberg, Spielberg's son from his previous marriage to actress Amy Irving; Theo Spielberg, Capshaw's son that she adopted before her marriage to Spielberg, later also adopted by him; Sasha Spielberg; Sawyer Spielberg; Mikaela George, whom the couple adopted together; and Destry Spielberg. 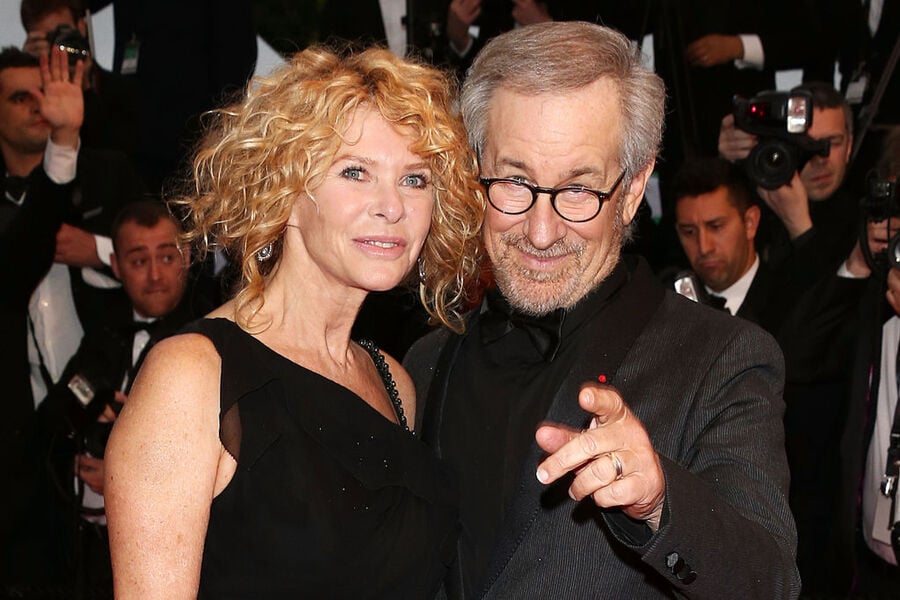 If the couple were to divorce, their communal property would likely be several hundred million or more dollars when you include real estate and earnings during the marriage. Hopefully that never happens, but if it did Capshaw would be worth significantly more money. Spielberg is the principal partner of the movie production studio DreamWorks Studios, having cofounded the company in 1994 alongside partners Jeffrey Katzenberg and David Geffen.

The couple live in Pacific Palisades, and upscale residential neighborhood in California renowned for its beautiful ocean views and hiking trails, having bought their mansion there in the late 1990s. Additionally, they have an extensive real estate portfolio that includes properties such as two properties in Malibu, one bought in 1989 and the other purchased in 2000, with the two costing them a total of $6.57 million. They sold the estate with both properties for $26 million in 2015. They also own a vacation home in the exclusive area of Georgica Pond in the Hamptons, New York. Reportedly, they count powerhouse music couple Beyonce and Jay-Z, and billionaire Ronald Perelman as their neighbors in the Hamptons. Furthermore, the couple acquired a luxury yacht, The Severn Seas, for $184 million. However, they put it up for sale in 2015 because the 282-foot vessel was reportedly not big enough. 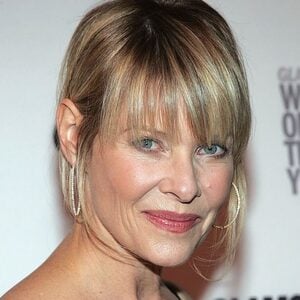