Kate Burton Net Worth: Kate Burton is a Swiss-Welsh-American actress who has a net worth of $3 million. Born in Geneva, Switzerland, in 1957, Kate Burton is the daughter of fellow actors Richard and Sybil Burton. She earned her undergraduate degree in Russian studies and European history from Brown University in Rhode Island.

She went on to study theater at Yale's School of Drama, earning her degree in 1983. Burton made her film debut in an uncredited role as a maid in 1969's "Anne of the Thousand Days", but didn't appear in another movie until 1984's "Ellis Island" as Vanessa Ogden. Her TV career began around the same time, with an appearance in a 1983 episode of "Great Performances". Her first bigger TV role came as Fran Richardson in more than a dozen episodes of 1994's "Monty". In 2005, Burton joined the cast of "Grey's Anatomy" as Ellis Grey, appearing in 16 episodes and earning an Emmy Award nomination for Outstanding Guest Actress in a Drama Series. In 2012, she began playing Vice President Sally Langston in "Scandal", earning a second Emmy nod for the same award. Her film credits include appearances in "The Diary of Ellen Rimbauer", "Empire Falls", "What Just Happened", "The Kings of Appletown", "Remember Me", "127 Hours", and "2 Days in New York". She has appeared in several Broadway productions and has been nominated for several Tony Awards, including Best Actress for "Hedda Gabler". Burton has been married to her husband, Michael Ritchie, since 1985. They have two children together. Burton starred in the television series Extant from 2014 to 2015. 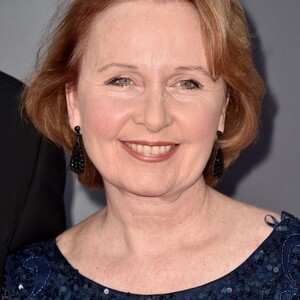