What is Kate Bosworth's Net Worth and Salary?

Kate Bosworth is an American actress, model, and singer who has a net worth of $12 million. Bosworth is known for her roles in movies like "The Horse Whisperer," "Remember the Titans," and "Blue Crush." Outside of these Hollywood blockbuster roles, Bosworth explored a number of roles in independent films like "Wonderland" and "Beyond the Sea." After a notable role as Lois Lane in "Superman Returns," She booked further film roles in movies like "Straw Dogs," "Still Alice," and "Before I Wake." In 2019, she joined the cast of the Netflix miniseries "The I-Land." Kate is known for her two different eye colors, as heterochromia causes her to have a hazel right eye and a blue left eye.

Catherine Anne Bosworth was born on January 2nd of 1983 in Los Angeles, California. She was then raised in San Francisco as an only child. Kate's father worked as an executive for Talbots, which required her to move around the nation quite frequently as a young girl. During this period, she spent periods in Massachusetts, Connecticut, and other areas along the East Coast. As a young girl, Bosworth excelled at equestrian sports and became a stadium jumping champion by the age of 14.

Bosworth began her career after she auditioned a role in the 1998 film "The Horse Whisperer." She booked the role because of her background in equestrian sports. Another major opportunity came with the series "Young Americans" in 2000, although the show was quickly canceled. Another early role came with the film "Remember the Titan," in which she played a small part. In 2001, she relocated to Los Angeles in order to pursue her acting career more seriously.

In 2002, Kate Bosworth broke through with "Blue Crush," a movie that saw her play the role of a successful female surfer. She trained extensively for the role, and the film received positive reviews, grossing $40 million at the box office. After establishing herself in Hollywood, Bosworth focused on independent and low-budget movies for a few years, like "Wonderland." She then booked the lead role in the comedy "Win a Date with Tad Hamilton!," but the film proved to be a critical and commercial failure. Another box office bomb came with her next film, "Beyond the Sea." In 2005, she boked another role in "Bee Season." At this point in her career, numerous publications considered her to be one of the hottest women on the planet. 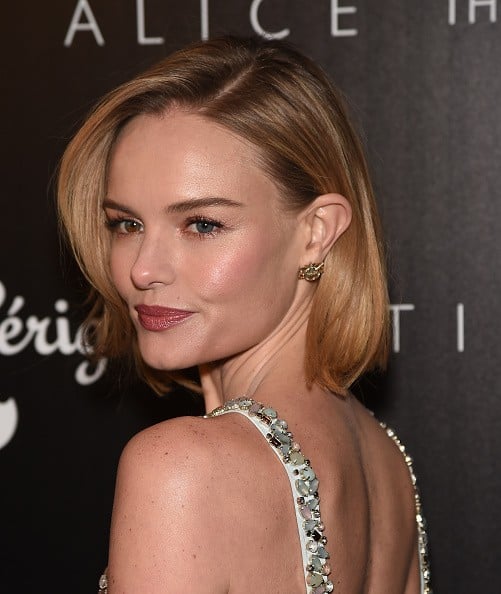 In 2006, Bosworth booked another important role, playing Lois Lane in "Superman Returns." Although she joined a star-studded cast that included Kevin Spacey and Brandon Routh, the film received mixed reviews from critics and some expressed dissatisfaction with Bosworth's performance. That being said, the movie still managed to gross $391 million on a budget of about $223 million.

In 2007, Kate joined Sigourney Weaver in the film "The Girl in the Park," again receiving criticism from critics. That year, she also joined the cast of "21," but the film received mixed reviews once more. In 2010, she appeared in "The Warrior's Way," which proved to be one of the year's biggest boxi office flops. It generated just $11 million worldwide on a budget of $42 million. After these failures, Bosworth chose to move away from major Hollywood films, focusing more on independent movies throughout the 2010s.

In 2014, she appeared alongside Julianne Moore in "Still Alice." Kate had previously read the book upon which the script was based, and contacted the author to talk about her experiences. During this period, she also appeared in the film "Before I Wake," which was released by Netflix in 2017. In the 2010s, she also joined the cast of the "The Domestics," another horror film. In 2018, Bosworth booked a role in the Netflix sci-fi series "The I-Land," which debuted in 2019.

Kate has supplemented her income with a number of brand endorsements. She sang a television jingle for Cotton Incorporated in 2011, and in 2012 she endorsed Topshop. That year, Bosworth also became the face of the skincare brand SK-II. In 2008, she became the new face of Calvin Klein Jeans. That year, she also became the spokesperson of Coach, an American luxury bag brand.

Outside of acting, Kate is a known activist who has generated awareness for a range of issues. In 2018, she released a film called "Nona," which focuses on issues related to human trafficking. That year, she also opened a summer school for filmmaking students along with her ex husband, Michael Polish. Kate is also very interested in meditation.

Kate Bosworth is known for her relationships with high-profile celebs. In the early to mid-2000s, Kate dated Orlando Bloom. In 2011, she started dating director Michael Polish. Once year later, they announced their engagement and married in 2013. In 2021, Kate announced that she was separating from Michael but continued to act as a step-mother to Polish's daughter from a previous marriage. In 2022, Bosworth began a new relationship with actor Justin Long.

In 2014, it was reported that Kate Bosworth had sold her home in Los Angeles for $2.375 million. The buyer was none other than actor Vince Vaughn. The residence spans 2,890 square feet of living space and features three bedrooms. Situated in Nichols Canyon, the property lies on about half an acre of land. Highlights include a brick terrace and a lap-lane swimming pool. 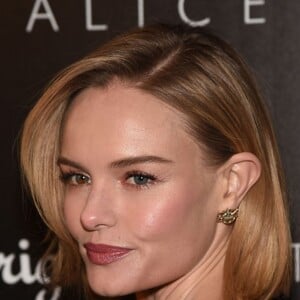