What is Kate Beckinsale's Net Worth and Salary?

Kate Beckinsale is an English actress who has a net worth of $25 million. After a few minor film roles, she made her breakthrough in the film "Much Ado About Nothing" in the early 90s. Since then, she has steadily become one of the most recognizable faces in Hollywood, appearing in an incredibly wide range of movies. In 2001, she appeared in the blockbuster "Pearl Harbor" before following up with roles in films like "The Aviator" and "Click."

Today, she is known by many fans for her leading role as Selene in the "Underworld" film franchise. The first "Underworld" movie was released in 2003, and it spawned several spin-offs and sequels throughout the years. After taking on this iconic role, Beckinsale began to veer more towards action movies, such as "Van Helsing" and "Total Recall."

Despite her frequent appearances in major Hollywood films, Kate continues to book roles in smaller romantic and romantic films, such as "Snow Angels," "Nothing but the Truth," and "Love & Friendship." The latter role won her considerable praise, and she was nominated for a Critics' Choice Movie Award.

Kathrin Romary Beckinsale was born on July 26th of 1973 in London, England. Raised in the area of Chiswick as the only child of two actors, Kate began booking acting roles at a very young age. By the age of four, she had booked her first television role. At the age of five, her father died from a heart attack at the age of just 31. Her mother remarried to a director, with whom Kate developed a close relationship over the rest of her childhood.

Beckinsale attended a private school in West London and became involved in theater during this period. She was also a keen writer who won awards for fiction and poetry as a young child. Unfortunately, Kate went through a difficult spell as a teen, as she developed anorexia and suffered a nervous breakdown. This resulted in her attending regular sessions with a psychoanalyst throughout the rest of her teenage years.

After graduating from secondary school, Beckinsale attended the New College of the University of Oxford, studying French and Russian literature. During her university years, Kate became involves with the Oxford University Dramatic Society and performed in plays such as "A View from the Bridge." She spent her third year of university in Paris before returning to Britain, quitting university, and embarking on her acting career.

Although Kate had booked a variety of roles in her younger years, he real breakthrough came at the age of 20 with the role of "Hero" in "Much Ado About Nothing." Further roles in movies like "Prince of Jutland," "Uncovered," and "Cold Comfort Farm." By this point, she was beginning to earn significant praise from critics. After another role in the film "Haunted," she made her stage debut in a production of "The Seagull" in Bath, England. She subsequently appeared in a number of additional plays throughout the years.

Having met Michael Sheen during the production of "The Seagull," the pair developed a relationship. Sheen eventually found his way onto the stages of Broadway in New York, with Beckinsale traveling with him to the United States. This move created new opportunities for Kate in turn, and she quickly booked a role in "The Last Days of Disco." Towards the end of the 90s, she also appeared in the film "Brokedown Palace."

After giving birth, Beckinsale appeared in "The Golden Bowl" to mark the turn of the millennium. Perhaps the biggest film of her career so far came the next year in 2001, with "Pearl Harbor." She played a nurse in the film, which ultimately received negative reviews despite generating $449 million worldwide. She then appeared alongside John Cusack in 'Serendipity," which generated $77 million worldwide. 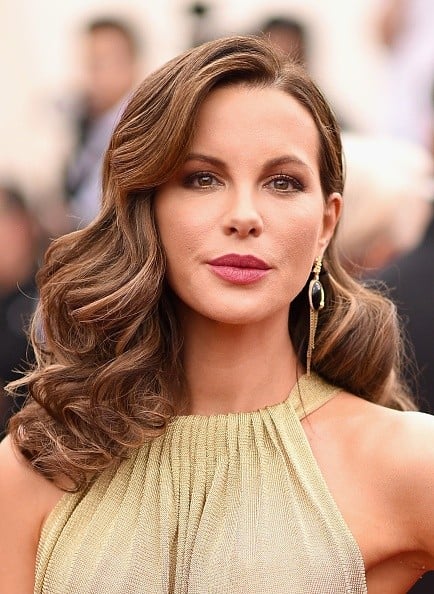 After another few roles, Kate reinvented herself as an action star in 2003's "Underworld." playing a vampire named Selene in a modern setting, Beckinsale quickly earned a cult following and propelled herself to new levels of fame. Other action roles soon followed, including "Van Helsing," which received mixed reviews and led critics to question her choice of films. She then appeared in the well-received film "The Aviator" and began appearing in several sequels to "Underworld."

After appearing in the commercially successful movie "Click" alongside Adam Sandler, Kate started to move back towards smaller-scale projects. In 2007, she joined the cast of "Snow Angels" alongside Sam Rockwell. Films like "Vacancy" and "Winged Creatures" soon followed, and Beckinsale began to receive much kinder words from critics, although these films were not as profitable as her previous blockbuster movies.

In 2009, she returned to action movies once again, appearing in films like "Whiteout" and more "Underworld" sequels. In 2016, she received considerable praise for her work in "Love & Friendship." Towards 2019 and beyond, Kate started to work more closely with television projects such as "The Widow" and "Prisoner's Daughter."

Kate Beckinsale has supplemented her acting income with several brand endorsements over the years, and she has worked extensively as a model. Considered an "English rose" in her early years, she has appeared in commercials for Gap, Diet Coke, Absolut Vodka, Lux shampoo, and many other brands.

In 1995, Beckinsale began a long-term relationship with Michael Sheen, a Welsh actor. They welcomed a child into the world in 1999, and the relationship eventually ended in 2003 without the couple ever becoming married. Although separated, the two reportedly still consider each other to be friends and family.

On the set of "Underworld," Kate met American director Len Wiseman and subsequently developed a relationship with him. In 2004, they married in Bel-Air, California. 11 years later, they filed for divorce. 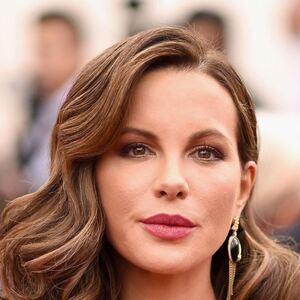