Kate Baldwin net worth: Kate Baldwin is an American actress and singer who has a net worth of $4 million. She is best known for her work in musical theater.

Kate Baldwin was born in Evanston, Illinois in May 1975. She graduated from Northwestern University where she was in 17 university stage productions. She made her Broadway debut in 2000 in The Full Monty. Kate Baldwin has also starred in the Broadway productions Thoroughly Modern Millie in 2002, Wonderful Town in 2004, Finian's Rainbow in 2009, Big Fish in 2013, and Hello, Dolly! in 2017. Her Off-Broadway credits include Babes in Arms, A Connecticut Yankee, Bloomer Girl, Finian's Rainbow, Giant, John & Jen, Superhero, and more. Baldwin was nominated for Tony Awards for Best Actress in a Musical for Finian's Rainbow in 2010 and for Best Featured Actress in a Musical for Hello, Dolly! in 2017. She has also starred in productions if Miss Saigon, My Fair Lady, and more. 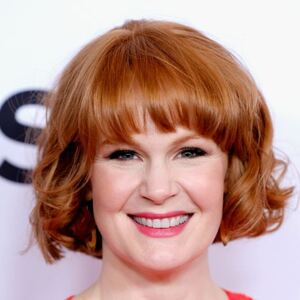