Kate Ashfield Net Worth: Kate Ashfield is an English actress who has a net worth of $5 million. Born in Birmingham, England, in 1972, Kate Ashfield was involved in acting from a young age. She appeared in several local youth theater productions before making her film debut in 1994's "Princess Caraboo" as Ella.

She continued working on stage and on screen in the mid-'90s, appearing in productions of "Shopping and F*cking" and "Blasted". She's best known for appearing as part of the in-yer-face theater movement, which characterizes plays known for their vulgar and controversial content. Ashfield's other TV, film, and stage credits include appearances in "Nymphomaniac", "Silent Witness", "Late Bloomers", "Agatha Christie's Poirot", "Collision", "The Diary of Anne Frank", "Talk to Me", "Leave Before the Lights Come On", "Tsunami: The Aftermath", "The Best Man", "Closer", "Sweetnight Goodheart", "Watership Down", "Guest House Paradiso", "Crime and Punishment", "The Trouble with Men and Women", "This Little Life", "Killing Hitler", "Pollyanna", "Beyond Borders", and "Shaun of the Dead". She's set to appear in 2015's "Party Pieces" as Samantha and the pilot episode of "Secrets & Lies" as Vanessa. Ashfield was the recipient of the 2001 British Independent Film Award for Best Actress. She was also honored with the Best Female Actor Award at the Royal Television Society Awards in 2004. 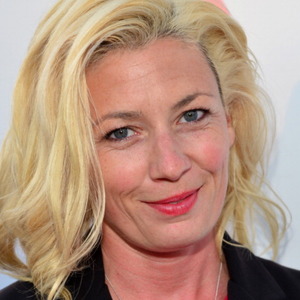