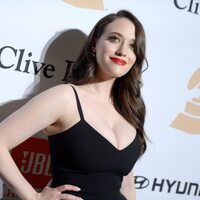 What is Kat Dennings' net worth and salary?

Kat Dennings is an American actress who has a net worth of $25 million. She is perhaps best-known for her role on the CBS sitcom "2 Broke Girls" which ran six seasons from 2011 to 2017. Syndication royalties from the show are by far Kat's largest source of income during her career to date. She has also appeared in a number of the Marvel superhero films such as "Thor" and "Thor: The Dark World."

2 Broke Girls ran from 2011 to 2017. During its run, the show produced 138 episodes over six seasons. In June 2012 the series was first sold into syndication for what was a then-record $1.7 million per-episode fee. TBS won the rights after outbidding several other networks. The previous per-episode record was $1.5 million that "Modern Family" earned in 2010 from USA. By the time 2 Broke Girls ended its run, it had aired 138 episodes. At $1.7 million per episode, TBS forked over $235.6 million for rights to the first syndication run. Those rights will come up for renewal again after roughly a decade. As the stars of the show, Beth Behrs and Kat Dennings earned $150,000 per episode a piece. That's around $20 million over the course of the series. They also a small number of equity points on the show which entitles them each to a percent of the show's syndication profits. Over the lifetime of the show's syndication run, Kat and Beth will each earn around $50 million in syndication royalties from the series. Show co-creator Whitney Cummings will likely earn roughly the same amount.

Kat Dennings was born on June 13, 1986 in Bryn Mawr, Pennsylvania and was given the name Katherine Victoria Litwack. Her mother, Ellen, was a poet and speech therapist while her father, Gerald, was a molecular pharmacologist and college professor. Dennings is youngest of five children and grew up in a Jewish household.

Dennings was homeschooled and only briefly enrolled in a traditional school. Because she was trying to pursue acting from a young age, the homeschool arrangement made the most sense as she was able to finish high school at the age of 14. She had already begun acting in commercials at the age of nine. After finishing high school, she moved with her family to Los Angeles in order to pursue acting. She began auditioning under the name Kat Dennings.

Kat Dennings acting debut after having moved to LA when she appeared in HBO's "Sex and the City" in 2000. She then starred in a sitcom on the WB network entitled "Raising Dad" from 2001 to 2002 opposite of Bob Saget and Brie Larson. In 2002, Dennings also appeared in "The Scream Team," a Disney Channel film about a teenager who encounters a group of ghosts.

The early 2000s primarily saw Dennings acting in guest appearance roles in various television series. She had roles in "Without a Trace," "Less Than Perfect," CSI," and "CSI: NY." She also had a recurring role on "ER" as character Zoe Butler from 2005 to 2006. In 2004, she made her feature film debute in Hilary Duff's movie, "Raise Your Voice." She played a supporting character in "The 40-Year-Old Virgin" in 2005, as well as a role in "Down in the Valley." She also joined the cast of "Big Momma's House 2," starring Martin Lawrence.

In 2008, Dennings starred in "Charlie Bartlett," playing the main character's love interest. She also appeared in "The House Bunny" and "Nick and Norah's Infinite Playlist." For her role in the latter film, she received a nomination at the International Press Academy's Satellite Awards in the Best Actress category. 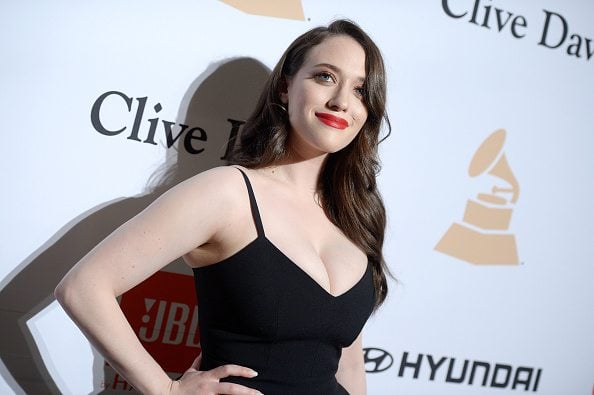 The following year, she appeared in "The Answer Man," "Shorts," and "Defender." In 2010, she starred in "Daydream Nation," an independent film about a girl caught in a love triangle. The same year, she began production for the Marvel Studios film, "Thor," which was released in 2011. She played the supporting role of Darcy Lewis.

In 2011, she was also cast in "2 Broke Girls," a CBS sitcom. She played one of the starring roles alongside Beth Behrs. The show was generally well-received and ran for six seasons until being cancelled in 2017. While on the show, Dennings continued to work on films and other projects. She starred in the drama film, "To Write Love on Her Arms" in 2012. She also began filming "Suburban Gothic," an independent feature film that premiered in 2014. In 2013, Dennings reprised her role as Darcy Lewis in "Thor: The Dark World." Because she was still shooting "2 Broke Girls" at this time, Dennings had to work on the film between breaks in the sitcom, spending lengthy periods of time in London where the "Thor" sequel was being shot.

In 2018, Dennings landed the role of Abby in the comedy, "Friendsgiving." She also was cast in the Hulu comedy series, "Dollface," which was made available in November of 2019. She again reprised the role of Darcy Lewis in "WandaVision," a television series from the Marvel Cinematic Universe that premiered on the Disney+ streaming platform in January of 2021.

Dennings dated her "2 Broke Girls" co-star, Nick Zano, from 2011 to 2014. After breaking up, she then began dating singer Josh Groban. They remained together until 2016. In early 2021, Dennings met musician Andrew W.K. They soon began dating and announced their engagement in May of 2021. Dennings had been of fan of the musician since 2014.

While Dennings grew up Jewish, she has stated that she identifies more with the religion on an ethnic and cultural level and does not make religion an active part of her life. Some of interests include painting, reading, and gardening. Earlier in life, she had intended to apply to art school until her plans were ruined when her entire portfolio was destroyed by a flood. She decided to take this as a sign and decided to pursue acting instead. She does not drink or smoke and enjoys practicing Transcendental Meditation. She also is an animal rights activist and has a pet cat.

Dennings has been romantically linked to her Thor co-star Tom Hiddleston, as well as former 2 Broke Girls co-star Nick Zano. She dated singer Josh Groban from 2014 to 2016. Kat is also an avid video blogger who has posted videos on YouTube. She has been named to many lists for her good looks including People's 24 Beauties at 25 and Maxim's Hot 100 List of the World's Most Beautiful Women.