Kassie DePaiva net worth and salary: Kassie DePaiva is an American actress and singer who has a net worth of $8 million. For over 20 years she portrayed the role of Blair Cramer on "One Life to Live". She has appeared on "Days of Our Lives" since 2014 as Eve Donovan.

Kassie DePaiva was born in Morganfield, Kentucky in March 1961. She is best known for her roles in soap operas and starred as Chelsea Reardon in the series Guiding Light from 1986 to 1991. From 1993 to 2013 DePaiva starred as Blair Cramer in the soap opera One Life to Live. Since 2014 she has starred as Eve in the soap opera Days of Our Lives. DePaiva has also starred in the movies Evil Dead II, Undone, and We Are What We Are. For One Life to Live she has been nominated for two Daytime Emmy Awards and four Soap Opera Digest Awards. At 18 years old she starting singing at the Grand Ole Opry. Kassie married fellow One Life to Live actor James DePaiva in 1996. 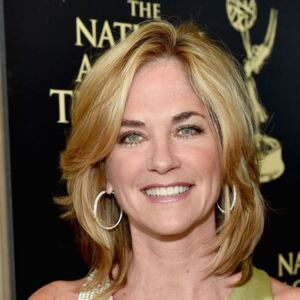