Kassem Gharaibeh net worth: Kassem Gharaibeh is an Arab American comedian, actor, and Internet personality who has a net worth of $3 million. Kassem Gharaibeh was born in Jordan in October 1983. He is best known for his online content including his YouTube channel "KassemG" which has hundreds of videos.

Gharaibeh has over 2.5 million YouTube subscribers and more than 400 million video views as of Jun 2015. His secondary channel "KassemGtwo" also has more than half a million subscribers. Gharaibeh won a Streamy Award in 2013 for Best Host for California On. Gharaibeh starred in the TV series The Station from 2009 to 2010. He has starred in the movies Boner Police: The Movie and Transformers: Age of Extinction. Gharaibeh has also appeared in episodes of the TV series Smosh, Epic Rap Battles of History, Next Time on Lonny, and Four Kings. 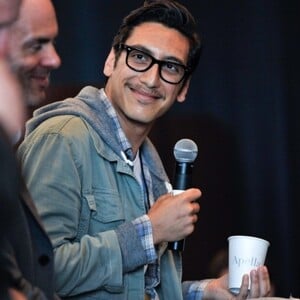