Karyn Parsons net worth: Karyn Parsons is an American actress, model, and producer who has a net worth of $1.5 million dollars. Karyn Parsons was born in Los Angeles, California, and graduated from Santa Monica High School. She began her professional acting career on television in the late 80s, appearing in guest starring roles on such television shows as, "The Bronx Zoo", "Hunter", and "CBS Summer Playhouse".

She became a household name when she was cast as Hilary Banks on the hit comedy, "The Fresh Prince of Bel-Air". She co-starred on the show until its run ended in 1996. In addition to her work on "The Fresh Prince…", she also appeared in such films as, "Major Payne", "Mixing Nia", and "The Ladies Man", and in guest starring roles on such television shows as, "Blossom", "The John Laroquette Show", and "Melrose Place". She is currently producing an animated series called, "Sweet Blackberry". 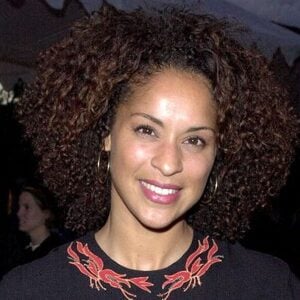