How much is Karl Urban Worth?

Karl Urban net worth: Karl Urban is a Kiwi actor from New Zealand who has a net worth of $20 million. Karl Urban was born in Wellington, New Zealand in 1972 where he was exposed to classic New Zealand cinema through his mother, fueling his and interest in the film industry. Karl Urban's big Hollywood break came in 2002 with his first film "Ghost Ship". Karl Urban is best known for his role as Eomer in the second and third installments of "The Lord of the Rings" films, as Dr. Leonard "Bones" McCoy in "Star Trek" and "Star Trek Into Darkness", Vaako in "The Chronicles of Riddick"and "Riddick", Kirill in "The Bourne Supremacy", Judge Dredd in "Dredd", CIA agent William Cooper in "RED", and Caesar on "Xena: Warrior Princess. Back in New Zealand Karl Urban was acclaimed for his performances in the Kiwi films "The Price of Milk" and "Out of the Blue". From 2013-2014, Karl Urban starred in the television show "Almost Human" as Detective John Kennex. Karl Urban and his wife Natalie Wihongi married in September 2004 and have two sons, Hunter and Indy. Karl Urban and his family live in Auckland, New Zealand. 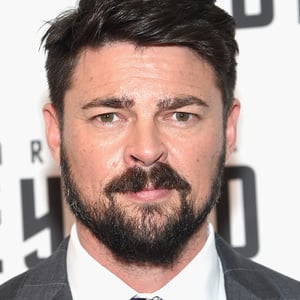