Karl Malden net worth: Karl Malden was an American actor who had a net worth of $10 million at the time of his death in 2009 at the age of 97. He was best known for being a character actor for more than 60 years. He was also a commercial pitchman notable primarily for a long-running series of American Express ads.

Karl Malden was born in Chicago, Illinois in March 1912 and passed away in July 2009. He began acting in 1937 and finished in 2000. Malden starred as Detective Lt. Mike Stone on the television series The Streets of San Francisco from 1972 to 1977. He starred in several films including A Streetcar Named Desire, On the Waterfront, Pollyanna, One-Eyed Jacks, Baby Doll, The Hanging Tree, How the West Was Won, Gypsy, Patton, and more. He also served as a spokesman for American Express for more than 20 years.

Malden won an Academy Award for Best Actor in a Supporting Role for A Streetcar Named Desire in 1952 and was nominated for the same award for On the Waterfront in 1955. He received a star on the Hollywood Walk of Fame for Motion Picture at 6231 Hollywood Blvd. 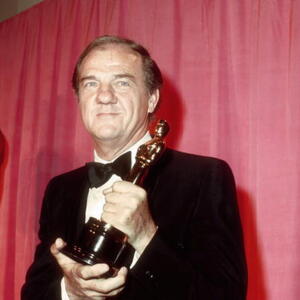