How much is Karisma Kapoor Worth?

Karisma Kapoor net worth: Karisma Kapoor is an Indian actress who has a net worth of $12 million dollars. Karisma Kapoor was born in Mumbai, Maharashtra, India, and grew up in a family of filmmakers and actors. She made her big screen debut when she was seventeen, appearing in the moderately successful film, "Prem Qaidi". Like most Bollywood stars, she churned out a dizzying number of films over the course of the next five years, some of which were hits, including "Anari", "Coolie No. 1 & Gopi Kishnan", and "Judwaa & Hero No. 1". In 1996, she became a bona-fide star, with her performance in the film "Raja Hindustani". She subsequently won the FilmFare Award for Best Actress. Since then, she has appeared in a range of films and television series. She took a break from acting from 2004 through 2011, and then returned to mixed reviews. Most recently, she appeared in the film, "Dangerous Ishhq". 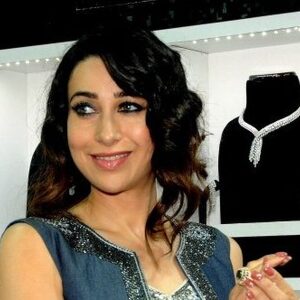