Karine Vanasse net worth: Karine Vanasse is a French Canadian actress who has a net worth of $2 million. Karine Vanasse was born in Drummondville, Quebec, Canada in November 1983. In 2006 she starred in the TV mini-series October 1970 as Christine. From 2011 to 2012 Vanasse starred as Colette Valois in the television series Pan Am.

Since 2013 she has starred as Margaux LeMarchal on the TV series Revenge. Vanasse has starred in the movies Set Me Free, Games of the Heart, Head in the Clouds, Without Her, My Daughter, My Angel, Polytechnique, The Child's Prodigy, Midnight in Paris, Switch, I'm Yours, French Immersion, Turning Tide, All the Wrong Reasons, X-Men: Days of Future Past, and The Forbidden Room. Vanasse has won a Chlotrudis Award, Genie Award, two Juta Awards, and awards from the Toronto International Film Festival and Valladolid International Film Festival. 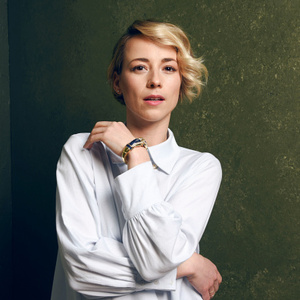