Karina Lombard Net Worth: Karina Lombard is a Tahitian-American model and actress who has a net worth of $5 million. Born in 1969 in Tahiti, French Polynesia, Karina Lombard moved to Barcelona, Spain, as a toddler. She studied at a variety of Swiss boarding schools before moving to New York when she was 18 years old to break into show business.

She learned at the Lee Strasberg Theatre Institute and the Actors Studio. Lombard scored work as a model, gaining fame to her Native American-themed photo shoot with Calvin Klein that appeared on a billboard and in the pages of several magazines, including "Vogue" and "Elle". She made her on-screen debut in "The Island", though it wasn't until 1993's "Wide Sargasso Sea" that Lombard earned her first big part. She also appeared in "The Firm" with Tom Cruise and Gene Hackman, "Legends of the Fall" with Brad Pitt and Anthony Hopkins, and "Last Man Standing" with Bruce Willis. Her first big part on TV came on Showtime's "The L Word", which she followed up with a part as a recurring character on "Rescue Me" on FX. Lombard's other TV and film credits include "Kull the Conqueror", "The 4400", "CSI: Crime Scene Investigation", "CSI: NY", "NCIS", "Secrets", "Dr. Vegas", "Guardian", and "Deception". Lombard appeared in a spread in "Playboy" magazine. 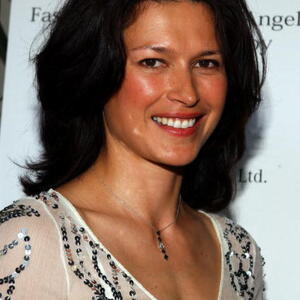