What Is Kari Wuhrer's Net Worth?

Kari Wuhrer was born Kari Samantha Wuhrer on April 28, 1967, in Brookfield, Connecticut. Her father, Andrew, was a car salesman and police officer, and her mother, Karin, worked as a payroll accountant. Wuhrer grew up with siblings Scott, Kim, and Christopher, and she studied acting at the Wooster School, New York University's Tisch School of the Arts, Columbia University, Marymount Manhattan College, and London's Royal Academy of Dramatic Art. Wuhrer also studied at HB Studio with Uta Hagen. As a teenager, Kari snuck out of the house to perform at nightclubs.

After signing with Ford's Model Talent Division and starring in numerous commercials, Wuhrer made her film debut in 1986's "Fire with Fire." From 1988 to 1989, she was a cast member on "Remote Control" alongside future "Saturday Night Live" stars Colin Quinn and Adam Sandler, and in 1990, she co-starred with Andrew Dice Clay, Wayne Newton, and Priscilla Presley in "The Adventures of Ford Fairlane." Kari guest-starred on "Married… with Children" (1991), "Beverly Hills, 90210" (1994–1995), and "Nash Bridges" (1997), and she starred on the USA Network's "Swamp Thing: The Series" from 1991 to 1992. She played Robin Farr on the 1993 Fox series "Class of '96," and she appeared in the films "Beastmaster 2: Through the Portal of Time" (1991), "The Postgraduate" (1994), "Boulevard" (1994), and "Terminal Justice" (1995). In 1995, Wuhrer played Claudia in the John Singleton-directed film "Higher Learning" and co-starred with Jack Nicholson and Anjelica Huston in "The Crossing Guard." She starred in the 1996 films "Thinner" and "An Occasional Hell," and in 1997, she played Denise Kalberg in "Anaconda" alongside Jennifer Lopez and Ice Cube. From 1997 to 2000, Kari played Maggie Beckett on "Sliders," appearing in 49 episodes, and in 1998, she co-starred with David Schwimmer and Jason Lee in the romantic comedy "Kissing a Fool." 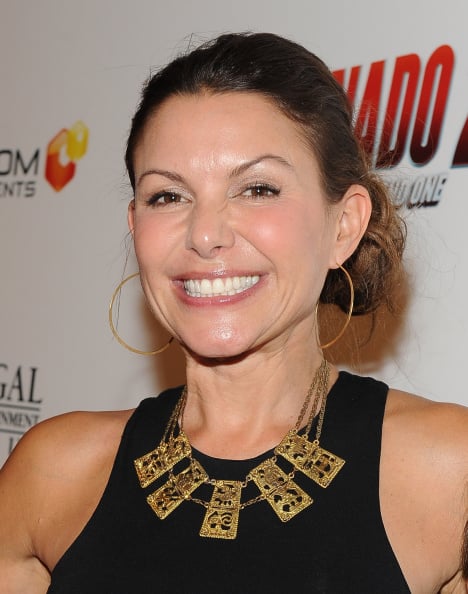 Kari was married to Daniel Salin from 1995 to 1999. She became engaged to film producer James Scura in 2003, and they married on July 26th of that year. Wuhrer and Scura have three children, Enzo (born January 2004), Evangeline (born March 2006), and Echo (born September 2008). While filming "Spider's Web" in March 2002, Kari's breast implants encapsulated, so she had them removed a few weeks later. Wuhrer wrote about the experience In "Glamour" magazine, stating, " My right breast — filled with one of my silicone breast implants — had encapsulated, meaning that the scar tissue underneath the implant has turned rock hard and, in my case, is now pushing my right breast twice as high as my left. My doctor said it's the most common complication of breast implants, although it affects only about 5 percent of recipients. Unfortunately, I'm on the wrong side of the statistic … I look deformed." She added that after she had her breast implants removed, she felt "younger and very proud to be in this body."

Wuhrer won a Feature Film Award for Best Actress for "Do It for Uncle Manny" at the 2001 New York International Independent Film & Video Festival, and she earned a "Fangoria" Chainsaw Award nomination for Best Actress for "Hellraiser: Deader" in 2006. Kari has also received three Behind the Voice Actors Award nominations: Best Vocal Ensemble in a Television Series – Action/Drama for "The Avengers: Earth's Mightiest Heroes" (2013) and Best Female Vocal Performance in a TV Special/Direct-to-DVD Title or Short and Best Vocal Ensemble in a TV Special/Direct-to-DVD Title or Short for "Batman Unlimited: Monster Mayhem" (2016). 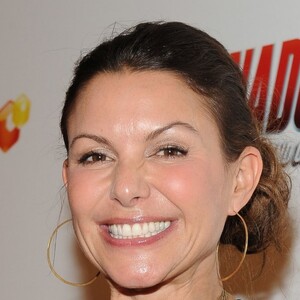