Kari Wahlgren net worth: Kari Wahlgren is an American actress who has a net worth of $5 million. Kari Wahlgren was born in Hoisington, Kansas in July 1977. She is known for providing English language voices for many cartoons, video games, and anime series. Wahlgren has voiced the roles of Robin Sena in Witch Hunter Robin, Saber in Fate/zero, Kagami Hiragi in Lucky Star, Scarlett in Steamboy, and Lavie in Last Exit.

She has provided voices for many roles in American animation including Super Robot Monkey Team Hyperforce Go!, Phineas & Ferb, Fish Hooks, Winx Club, Kung Fu Panda: Legends of Awesomeness, and Kaijudo: Rise of the Duel Masters. Wahlgren has voiced video game characters Ashe in Final Fantasy XII and Shelke in Dirge of Cerberus – Final Fantasy VII. From all of her voice roles, Wahlgren has more than 300 acting credits to her name. In 2013 she won a Behind the Voice Actors Award for Voice Actress of the Year. 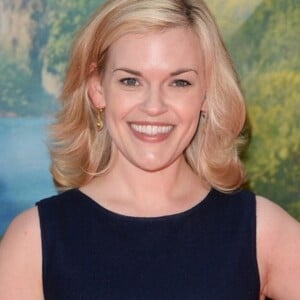