Karen Mok Net Worth: Karen Mok is a Hong Kong-born musician and actress who has a net worth of $35 million. Born in 1970 in Hong Kong, Karen Mok was born Karen Joy Morris, and is often credited by her birth name in Hollywood productions. Mok made her on-screen debut as a feminist in 1993's "The Tigers – The Legend of Canton". She has since appeared in dozens of movies, including "Fallen Angels", "Out of the Dark", "A Chinese Odyssey Part One: Pandora's Box", "A Chinese Odyssey Part Two: Cinderella", "Black Mask", "Young and Dangerous 3", "Young and Dangerous 4", "King of Comedy", "Shaolin Soccer", "Love Under the Sun", "Around the World in 80 Days", "Wait 'til You're Older", "The Heavenly Kings", "East Meets West", "Man of Tai Chi", and "The Great Hypnotist". Mok is also famous for her singing career; she has released close to 20 albums between 1993 and 2014, most in Mandarin or Cantonese. She has also worked on several soundtracks, including 1999's "King of Comedy" and 2002's "So Close". Mok has won a variety of awards such as Best Supporting Actress at the Golden Bauhinia Awards, Best Female Mandarin Artist at the Golden Melody Awards twice, and Best Mandarin Album of the Year at the Golden Melodys. Mok studied at the University College London, University of London. She carried the Olympic torch during the 2008 summer games in Beijing. She has been married to her husband, Johannes Natterer, since 2011. 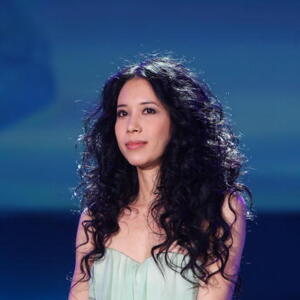