Karen David net worth: Karen David is an Indian Canadian actress, singer, and songwriter who has a net worth of $3 million. She is best known for starring in TV series and movies including Galavant, Waterloo Road, and The Scorpion King 2: Rise of a Warrior.

Karen David was born in Shillong, Meghalaya, India in April 1980. Her first acting credits came in 2002. David starred as Francesca Montoya on the television series Waterloo Road from 2010 to 2011. From 2011 to 2012 she starred as Alexia on the TV series Pixelface. Karen David starred as Princess Isabella on the series Galavant from 2015 to 2016. In 2019 David starred as Grace on the television series Fear the Walking Dead. From 2018 to 2020 she starred as Emma Tig on the TV series Legacies. She has had recurring roles on several TV series including Strike Back, Castle, Cold Feet, Once Upon a Time, Ryan Hansen Solves Crimes on Television, and more. Karen David has starred in several films including The Tiger Hunter, Jack Ryan: Shadow Recruit, The Scorpion King 2: Rise of a Warrior, Batman Begins, and more. She has been nominated for two Behind the Voice Actors Awards for the video game Mirror's Edge: Catalyst. 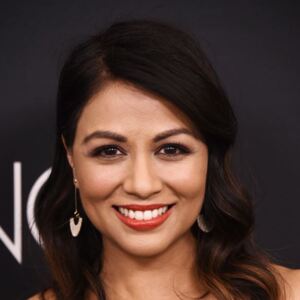