Karen Austin net worth: Karen Austin is an American actress who has a net worth of $500 thousand. She is best known for starring as Lana Wanger on the TV series Night Court.

Karen Austin was born in Welch, West Virginia in October 1950. She has more than 100 acting credits to her name starting in 1974. Austin starred as Lana Wanger on the television series Night Court in 1984. She has had recurring roles on the TV series The Quest as Carrie Welby in 1982, Celebrity as Ceil Shannon in 1984, St. Elsewhere as Dr. Mary Woodley in 1985, L.A. Law as Hillary Mishkin in 1986, The Trials of Rosie O'Neill as Sheila Crane from 1991 to 1992, Live Shot as Helen Forbes in 1995, Murder One as Lynette Parker in 1997, Girlfriends as Sindy Bickle from 2002 to 2004, Rodney as Patsy from 2004 to 2008, Fresh Hell as Valerie from 2011 to 2012, and Whole Day Down as DeWitt from 2011 to 2015. Karen Austin has appeared in several films including Summer Rental and has appeared in episodes of TV series including Happy Days, Dallas, and The Rockford Files. 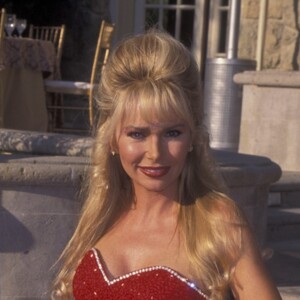