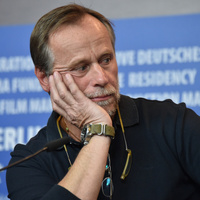 Karel Roden net worth: Karel Roden is a Czech actor who has a net worth of $5 million. Karel Roden was born in Ceske Budejovice, Czechoslovakia in May 1962. Roden has over 100 acting credits to his name starting in 1982 with the TV movie Kvuli mne prestane. From 2011 to 2013 he starred as Marek Posta in the television series Terapie. He also had recurring roles in the TV series Missing in 2012 and Crossing Lines from 2013 to 2014. His best known film roles include starring as Grigori Rasputin in the 2004 movie Hellboy and as Gretkov in the movie The Bourne Supremacy the same year. Roden has also starred in the movies 15 Minutes, Blade II, Bulletproof Monk, Running Scared, Largo Winch, RocknRolla, Orphan, Bathory, Mr. Bean's Holiday, and A Lonely Place to Die. Roden won a Czech Lion Award for Best Actor for his role in the film Guard No. 47. He is also known for voicing the role of Mikhail Faustin in the video game Grand Theft Auto IV.  Roden was nominated for another nine Czech Lion Awards and won a Pilsen Film Festival Audience Award for Best Actor in 2009.