What is Kareena Kapoor's net worth and salary?

Kareena Kapoor is an Indian actress who is among the most popular stars in Bollywood. Kareena Kapoor has a net worth of $16 million. She made her acting debut in the 2000 film "Refugee," and went on to establish her fame with roles in such movies as "Aśoka," "Chameli," "Dev," "Jab We Met," and "We Are Family." Beyond the screen, Kapoor has a reputation in India for her outspokenness and independent nature.

Kareena Kapoor was born in 1980 in Bombay, India to a lineage of entertainers and filmmakers. Her parents are actors Randhir Kapoor and Babita, while her grandparents and great-grandparents include actor and filmmaker Raj Kapoor, actor Hari Shivdasani, and filmmaker Prithviraj Kapoor. Her uncle Rishi Kapoor is also an actor, as is his son Ranbir Kapoor. Despite this background, her father disapproved of women entering the film business. His sexism caused much conflict within the family, leading to a divorce. Kapoor was subsequently raised by her mother. She went to Jamnabai Narsee School in Mumbai, and then to Welham Girls' School in Dehradun. After graduating, she returned to Mumbai to study at Mithibai College for two years. Kapoor then took a summer course in microcomputers at Harvard. Following this, she developed an interest in law, and enrolled at the Government Law College in Mumbai. After finishing her first year, Kapoor decided to pursue a career in acting instead.

While training at an acting institute in Mumbai in 2000, Kapoor landed the lead role in Rakesh Roshan's "Kaho Naa… Pyaar Hai." However, she left the project early on, feeling that she was being overshadowed by the film's star Hrithik Roshan. Subsequently, Kapoor starred alongside Abhishek Bachchan in the war drama "Refugee." She followed this up with a leading role in the box-office hit "Mujhe Kucch Kehna Hai," and then with another starring role in the much less successful "Yaadein." After appearing in "Ajnabee," Kapoor gave one of her most acclaimed performances yet in the period epic "Aśoka," starring opposite Shah Rukh Khan. She had an ever greater success playing Pooja in the 2001 melodrama "Kabhi Khushi Kabhie Gham…," which became the second highest-grossing film of that year in India. Kapoor was in many more films during the early 2000s, but none were able to match that success. During this time, her credits included "Mujhse Dosti Karoge!," "Jeena Sirf Merre Liye," "Talaash: The Hunt Begins…," and "LOC Kargil."

By 2004, Kapoor had decided to diversify her roles and challenge her range on screen. She was hugely successful in her efforts, gaining high acclaim for her leading roles in Sudhir Mishra's "Chameli," Govind Nihalani's "Dev," and Ken Ghosh's "Fida." Kapoor also had success with "Hulchul," the thriller "36 China Town," and "Omkara," adapted from Shakespeare's "Othello." Subsequently, she teamed up with actor Shahid Kapoor for the fourth time in the romantic comedy "Jab We Met," which was a significant box-office hit. Following this, Kapoor's credits included the action thriller "Tashan," the comedies "Golmaal Returns" and "Kambakkht Ishq," the thriller "Kurbaan," and the coming-of-age film "3 Idiots," which went on to become the highest-grossing Bollywood film at the time.

In the early-to-mid 2010s, Kapoor was in such films as "Milenge Milenge," "We Are Family," "Bodyguard," "Ra.One," "Ek Main Aur Ekk Tu," "Agent Vinod," "Heroine," "Talaash: The Answer Lies Within," and "Satyagraha." She also had smaller parts in "Singham Returns" and "Bajrangi Bhaijaan," both of which emerged as huge box-office successes. In 2016, Kapoor received acclaim for her performances in the romantic comedy "Ki & Ka" and the crime drama "Udta Punjab." More plaudits came for her work in 2018's "Veere Di Wedding," 2019's "Good Newwz," and 2020's "Angrezi Medium." 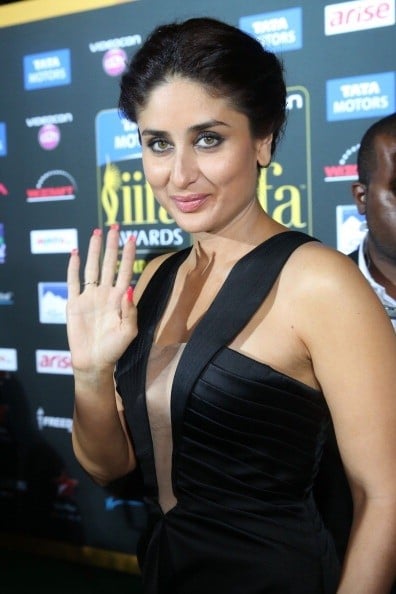 On top of her acting, Kapoor has an established career as a fashion designer. Through her multi-year association with retail chain Globus, she became the first Indian actress to launch her own clothing line for women. Later, in 2018, Kapoor collaborated with Lakmé Cosmetics to establish her own cosmetics line.

Throughout her career, Kapoor has appeared on stage, radio, and television in addition to film. In 2002, she did her first performing tour with Hrithik Roshan, Karisma Kapoor, Aftab Shivdasani, and Arjun Rampal. She returned to the stage four years later for the Rockstars Concert world tour. Later, in 2018, Kapoor hosted a radio show called "What Women Want," and in 2019, served as a talent judge on the dance reality show "Dance India Dance."

Along with nutritionist Rujuta Diwekar, Kapoor worked on the 2009 book "Don't Lose Your Mind, Lose Your Weight." Some years later, Kapoor released an autobiographical memoir entitled "The Style Diary of a Bollywood Diva," cowritten with Rochelle Pinto.

In 2012, Kapoor married fellow actor Saif Ali Khan in Bandra, Mumbai. Together, they have two sons.

Kapoor is widely recognized for her philanthropic contributions, in particular her advocacy of children's education and women's safety. She took part in the 1GOAL Education for All Campaign in 2010, and was made the ambassador of the Shakti Campaign, which aims to curb violence against women. In 2014, Kapoor began working with UNICEF to advocate for girls' education and quality schooling in India. The next year, she produced a documentary about women's empowerment. In addition to this work, Kapoor has made numerous public appearances to support other charitable groups, including the World Youth Peace Summit, NDTV's Greenathon Campaign, and Global Citizen India. In 2017, Kapoor became brand ambassador for Swasth Immunised India, which strives to promote vaccinations for children. 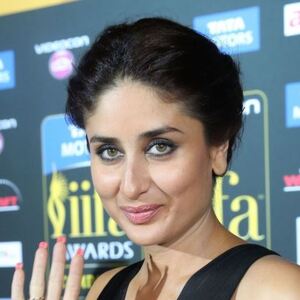