What is Kane Hodder's Net Worth?

Kane Hodder is an American actor, stuntman, and author who has a net worth of $1.5 million dollars. Kane Hodder was born in Auburn, California, and began his professional stunt and acting careers in the early 80s. He has appeared in hundreds of films.

As a stuntman, he has worked on such projects as "Hardbodies", "The Hills Have Eyes Part II", "The Patriot", "Time Trackers", "The Rapture", "Under Siege", "The Last Boy Scout", "Jason Goes to Hell: The Last Friday", "A Low Down Dirty Shame", "Four Rooms", "Wishmaster", "Gone In 60 Seconds", and "Ghost Town". As an actor, he is most widely recognized for his work in such projects as "Friday the 13th Part VII: The New Blood", and three of its sequels, as Jason Voorhees. He has also appeared in "No Place to Hide", "The Adventures of Brisco County, Jr.", "2001 Maniacs", and the "Hatchet" franchise. He is the author of the book, "Unmasked", an autobiography about his life as a stuntman in Hollywood. 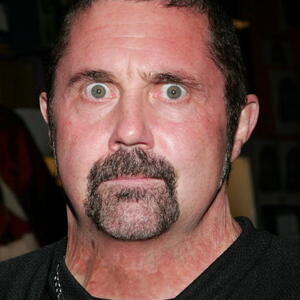