Kamar de los Reyes Net Worth: Kamar de los Reyes is a Puerto Rican-born American actor of theatre, television and film who has a net worth of $3 million. Kamar de los Reyes was born November 8, 1967 in San Juan, Puerto Rico. He is best known for his portrayal of Antonio Vega on the ABC daytime soap opera One Life to Live, and as Raul Menendez, the primary antagonist of the 2012 video game, Call of Duty: Black Ops II.

Kamar is brother to the percussionist of the band Chicago, Walfredo Reyes, Jr., and to former Yanni percussionist, Daniel de los Reyes. Kamar starred as a Chicano boxer named Pedro Quinn in 1994's acclaimed theatrical production of Blade to the Heat. He also appeared alongside Patrick Stewart as a dashing Ferdinand in a 1995 production of William Shakespeare's The Tempest. In 1997, he was named on People Magazine's Fabulous 50 list. In 2001, he starred in a television film called The Way She Moves, also starring Annabeth Gish and fellow soap opera star Daniel Cosgrove. He was cast in the controversial film Love and Suicide and in Toni Braxton's video for her song Spanish Guitar as well. Kamar has made numerous guest appearances on shows such as Law & Order and CSI: Miami. In 1995, he starred with James Woods, Ed Harris and Sir Anthony Hopkins in Oliver Stone's controversial biopic Nixon, playing convicted Watergate burglar Eugenio Martínez. In April 2007, a surgery on his arm was necessary when he injured the arm while fulfilling the role of Antonio Vega on One Life To Live. Actor Robert Montano took over the role of Antonio Vega during Kumar's recovery. 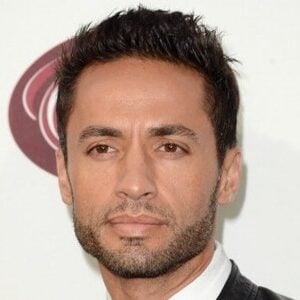