Kamal Haasan Net Worth: Kamal Haasan is a famous Indian actor and producer who has a net worth of $100 million. Born on November 7, 1954 in Paramakudi, Madras State, India, he took his first step in acting as a child at the age of four. Even though very young at the time, he won his first accolade, i.e., the President's Gold Medal – Rashtrapathi Award for his performance in the 1960 drama Kalathur Kannamma.

Ever since, he has embarked on a awarding career, first as an actor and then as a director. After establishing himself as a child actor, Haasan made his big breakthrough as a lead actor in the 1975 drama Apoorva Raagangai. Seven years later, he won his first National Film Award for his playing a guileless schoolteacher who takes care of a childlike amnesiac in Moondram Pirai. Then he took four more National Film Awards, apart from which he has also fetched nineteen Filmfare Awards. It was in 1981 that he established his own production company, Rajkamal International, which has produced several of his films. Some of his own productions include Hey Ram (2000), Virumaandi (2004) and Dasavathaaram (2008). In addition to the above, Haasan was also honored with some of the highest Indian honors, i.e., Padma Shri in 1990 and the Padma Bhushan in 2014 as well as the Ordre des Arts et des Lettres in 2016. Acting and filmmaking aside, Kamal Haasan is also well known for his sensitivity over matters of blood and eye donation. Thus, he set up the Kamal Welfare Association, with an unselfish support from his fans. 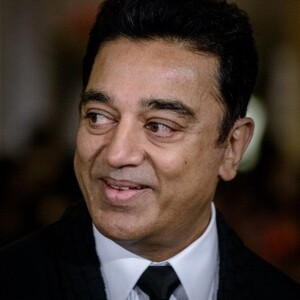