Kal Penn net worth: Kal Penn is an American actor and civil servant who has a net worth of $10 million dollars. Kal Penn is best known for playing Kumar Patel in the "Harold & Kumar" series of stoner films. He also featured prominently on the hit television show "House," and received accolades for his performance in the Mira Nair drama film "The Namesake." Additionally, Penn is a former White House staff member, having joined the Obama administration in 2009.

Early Life and Career Beginnings: Kalpen Suresh Modi was born in 1977 in Montclair, New Jersey, the son of Gujarati Indian immigrant parents. His father, Suresh, is an engineer, while his mother, Asmita, evaluates fragrances for a perfume company. Penn was raised Hindu, and frequently took vacations to Gujarat as a child. He attended Marlboro Middle School, where he played baritone saxophone in the jazz band. Later, during his freshman year at Howell High School, he enrolled in The Fine and Performing Arts Academy, a magnet program. He then transferred to Freehold Township High School for the remainder of his high school years, where he was involved in theatrical productions and competed on the public speaking team. Penn went to college at UCLA, graduating in 2000 as a double major in sociology and film.

Penn made his film debut in 1998 in the comedy short "Express: Aisle to Glory." He subsequently appeared in 1999's "Freshman" and 2001's Indian-American comedy "American Desi." In 2002, the actor landed his biggest role yet in "National Lampoon's Van Wilder," playing a sexually repressed Indian foreign exchange student.

Success on the Big Screen: Penn's acting career continued to take off in the 2000s. In 2003 alone, he starred in four movies: the independent film "Cosmopolitan," the teen comedy "Love Don't Cost a Thing," the Jamie Kennedy-starring "Malibu's Most Wanted," and "Dude, Where's the Party?," a comedy focused on the Indian-American experience. Penn's real breakthrough role, however, came in 2004's "Harold & Kumar Go to White Castle." As Kumar Patel, Penn starred opposite John Cho's Harold Lee, who together go on a marijuana-fueled quest to get to the fast food restaurant White Castle. The film became a cult hit amongst audiences, spawning two sequels: "Harold & Kumar Escape from Guantanamo Bay" and "A Very Harold & Kumar 3D Christmas."

Beyond his famous Kumar role, Penn has appeared in a wide range of movies. In 2005, he played Jorge in the superhero comedy "Son of the Mask," and Jeeter in the Ashton Kutcher romcom "A Lot Like Love." The actor had a big year in 2006, appearing in six movies including "Man About Town," "Bachelor Party Vegas," and "Van Wilder: The Rise of Taj," in which he played the leading role. That year, Penn also appeared in "Superman Returns," and garnered critical acclaim for his role as the American-born son of Indian immigrants in "The Namesake." Among Penn's other film credits are "Epic Movie," "The Sisterhood of Night," "Better Off Single," "Speech & Debate," and "The Layover." 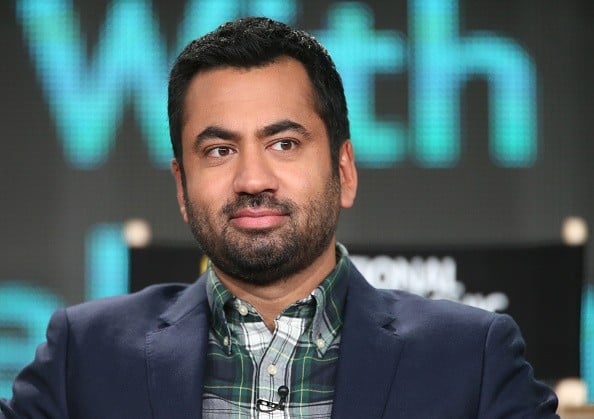 TV Career: Along with his movie career, Penn has had great success on the smaller screen. Early on, he appeared in episodes of "Buffy the Vampire Slayer," "Sabrina the Teenage Witch," "Angel," "ER," and "NYPD Blue," among many other popular programs. In 2007, he was cast as a teenage terrorist in the first four episodes of the sixth season of "24." His biggest television role came later that year, when he was cast as Dr. Lawrence Kutner on the hit medical series "House." He remained on the program for seasons four and five, and returned in a guest capacity for season eight. Following this, Penn appeared in ten episodes of the sitcom "How I Met Your Mother," and was cast in a main role on the political thriller series "Designated Survivor," opposite Kiefer Sutherland.

Among Penn's other TV credits are the Discovery Channel's "The Big Brain Theory," the sitcoms "We Are Men" and "Sunnyside," CBS's "Battle Creek," and "The Big Picture with Kal Penn," a National Geographic documentary series that aired in 2015. In 2021, Penn was cast in the main role of Shaan Tripathi in the psychological drama police procedural "Clarice," based on "The Silence of the Lambs."

Political Career: In 2007 and 2008, Penn was a well-known advocate for Barack Obama's presidential campaign, and served as a member in his National Arts Policy Committee. After Obama was elected, Penn was offered the position of Principal Associate Director of the White House Office of Public Engagement and Intergovernmental Affairs. Penn accepted, leaving his spot on the show "House." In his White House role, Penn reverted to his birth name, Kalpen Modi, and liaised with the Pacific Islander and Asian-American communities. He briefly left his post in mid-2010 to return to acting, and then came back to office later that year.

In 2012, Penn served as a co-chair of Obama's reelection campaign, and in 2013, was appointed to the President's Committee on the Arts and Humanities.

Real Estate and Other Work: The same year he was cast on "House," Penn purchased a $1.2 million three-bedroom, three-bath home in the Hollywood Hills. Located on a 4,911-square-foot terraced lot, the house featured a courtyard spa, an entertaining deck, and a wine cellar. He listed the home for sale in August 2018 for $1.5 million. He ultimately accepted $1.585 million two months later.

While acting and serving in the White House, Penn also did stints in academia. In 2008, he was a visiting lecturer at the University of Pennsylvania, where he taught a course entitled "Images of Asian Americans in the Media." Later, in 2014, he worked on a graduate certificate in international security from Stanford University. 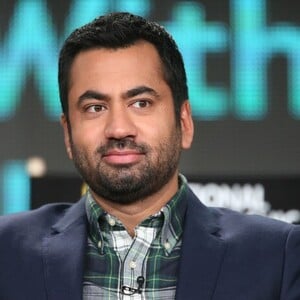