KaDee Strickland Net Worth: KaDee Strickland is an American actress who has a net worth of $500 thousand. KaDee Strickland was born in Patterson, Georgia in December 1975. She is best known for her role as Charlotte King on the TV series Private Practice. Strickland started acting in high school. Her first role came in the 1999 film The Sixth Sense. She appeared in episodes of Law & Order: Criminal Intent, Laws of Chance, and The Wedding Bells before landing her role as Dr. Charlotte King in the ABC drama Private Practice from 2007 to 2013. Strickland has also starred in the movies The Sterling Chase, Girl, Interrupted, Train Ride, Diamond Men, Bomb the System, Anything Else, Something's Gotta Give, Knots, The Stepford Wives, Anacondas: The Hunt for the Blood Orchid, The Grudge, The Perfect Catch, Walker Payne, The Flock, American Gangster, Fever Pitch, and The Family That Preys. Strickland was nominated for a Teen Choice Award in 2005 and a Prism Award in 2012. She has also appeared in music videos for Oasis and Rascal Flatts. She works with RAINN, the nation's largest anti-sexual assault organization. KaDee married co-star Jason Behr in 2006 and the couple has a son together. 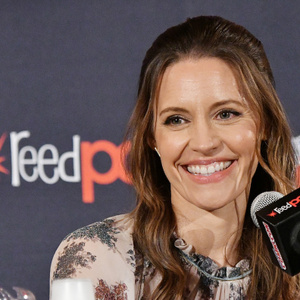