Justin Shenkarow is an American actor who has a net worth of $2.7 million. Justin Shenkarow has earned his net worth in his role as Matthew Brock in Picket Fences, Simon Holmes in Eerie Indiana, and the voice of Harold Berman on Hey Arnold! Justin was born on October 17, 1980 in Torrance, California; he has starred in television and film for over 19 years.

Shenkarow has received three Young Artist Award nominations for his performance on Picket Fences. He has starred in television shows including Home Improvement, The Fresh Prince of Bel-Air, Strong Medicine, and Boston Public. Shenkarow owns a production company called Shake That Fro Productions, and has produced three short films in 2006 which he directed and starred in, Decoy, The Best Christmas Ever and Tears. In 2005 he appeared in two films, House of the Dead 2 and Comedy Hell which co-starred Eric Roberts. He was elected to the Screen Actors Board in 2004, and more recently elected chair to the Young Performer's Committee. Shenkarow appeared on an episode of TLC's Flip That House' in 2008 on the show he flipped a house located in Sherman Oaks, California. Justin has also been a contributor on three video games, Gurumin: A Monstrous Adventure in 2007, Lost Planet: Extreme Condition in 2006 and Shadow of Destiny in 2001. 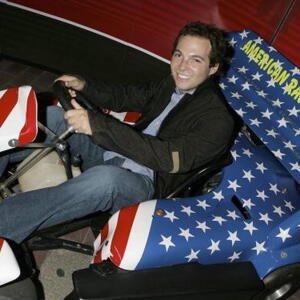