Justin Kirk Net Worth: Justin Kirk is an American actor who has a net worth of $3 million dollars. Born in Salem, Oregon, in 1969, Justin Kirk began working in theater as a child and moved to New York after his high school graduation. He started performing in local bands and attended the Circle in the Square Theatre School for two years.

Kirk's professional career began on stage and he made his Broadway debut in a production of "Any Given Day". He appeared in his first film in 1997's "Love! Valour! Compassion! as Bobby Brahms. In 2003, Kirk scored the part of Prior Walter on the TV series "Angels in America". He appeared in six episodes, earning an Emmy Award nomination for Outstanding Supporting Actor in a Miniseries or Movie. Kirk was also nominated for a SAG Award and won a Satellite Award for Best Supporting Actor for the part. He had several other small parts before landing the role of Andy Botwin on the hit Showtime series "Weeds" from 2005 until 2012. Kirk appeared in 98 episodes, winning a Satellite Award for Best Actor in a Television Series Musical or Comedy. He was nominated for a Golden Globe, a second Satellite Award, and an SAG Award. Kirk's other TV and film credits include "Modern Family", "Everwood", "The Blacklist", "Four Boxes", "Life Happens", and "Justice League: War". He appeared in three music videos, including the Vengaboys' "Boom, Boom, Boom, Boom!". 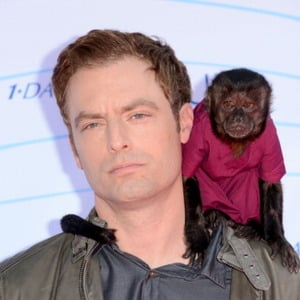