Justin Cooper net worth: Justin Cooper is an American former child actor who has a net worth of $300 thousand. Justin Cooper was born in Los Angeles, California in November 1988. He starred as Nicky Hansen in the television series The Boys Are Back from 1994 to 1995. From 1998 to 1999 Cooper starred as Oscar Waide in the TV series Brother's Keeper.

He starred as Max Reede in the movie Liar Liar in 1997 and as Barkley Blue in the film The Adventures of Ragtime in 1998. Cooper also appeared in episodes of the TV series Full House, ER, General Hospital, Boy Meets World, Touched By An Angel, All About Us, Sacred Ground, and The Practice. Cooper was nominated for Young Artist Awards for Liar Liar in 1998 and Brother's Keeper in 1999. Since retiring from acting he now works as a producer for Fox Sports Radio. 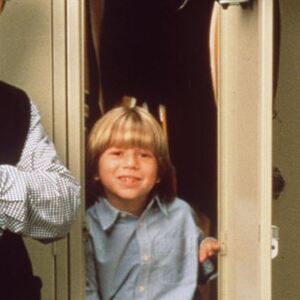