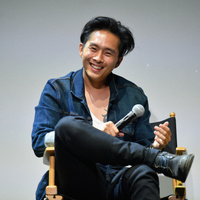 Justin Chon net worth: Justin Chon is an American actor who has a net worth of $5 million. Justin Chon was born in Garden Grove, California in May 1981. He is best known for playing the role of Eric Yorkie in The Twilight Saga film series. He made his acting debut in 2005 in the TV series Jack & Bobby and the short Taki & Luci. From 2007 to 2008 he starred as Tony on the television series Just Jordan. Chon starred as Jin in the TV series Ktown Cowboys in 2010. He starred as Erick Yorkie in the movies Twilight in 2008, The Twilight Saga: New Moon in 2009, The Twilight Saga: Eclipse in 2010, and The Twilight Saga: Breaking Dawn – Part 1 in 2011. Chon has also starred in the movies Puff, Puff, Pass, Fleetwood, Hack!, Crossing Over, From the Rough, Detention of the Dead, Hang Loose, 21 & Over, and Revenge of the Green Dragons. Chon also co-owns a chain of stores called the Attic in California.