Justin Chambers Net Worth: Justin Chambers is an American model and actor who has a net worth of $18 million. Justin Chambers was born in Springfield, Ohio, in 1970. His modeling career began while he was discovered riding public transportation in Paris. He modeled internationally for brands such as Calvin Klein, Dolce & Gabbana, and Armani.

He left the modeling industry to focus on acting, making his TV debut in 1995's "Another World". He appeared in "Liberty Heights", "The Wedding Planner", "The Zodiac", "Four Corners", and "Cold Case" before landing the part of Dr. Alex Karev on "Grey's Anatomy" in 2005. Chambers was cast as a regular on the series, appearing in more than 200 episodes. He won a SAG Award for Outstanding Performance by an Ensemble in a Drama Series in 2007 and a Satellite Award for Best Cast in a TV Series in 2006. Chambers was also nominated for a Prism Award for Best Performance in a Drama Series and a Monte-Carlo Television Festival Award for Outstanding Actor in a Drama Series. He guest starred on an episode of "Private Practice" in 2009 as Dr. Karev. He has been married to his wife, Keisha, since 1993, and they have five children together. Chambers has been battling a sleep disorder that required him to seek medical help for exhaustion. 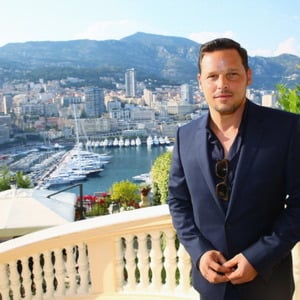