Justin Berfield net worth and salary: Justin Berfield is an American actor, writer and producer who has a net worth of $10 million. He is best known for appearing on the popular TV series "Malcolm in the Middle."

Early Life: Justin Berfield was born in Los Angeles, California on February 25, 1986. The son of Gail and Eric Berfield, Berfield began acting while in kindergarten, and appeared in multiple commercials throughout his elementary school years. He is the younger brother of actor Lorne Berfield.

Career: Berfield made his first screen debut in a Folgers coffee commercial at the age of five. As a young child, he appeared in 20 nationally broadcast American commercials. He began working on television in guest starring and supporting roles in the mid-90s, appearing in such programs as "The Good Life", "The Boys Are Back", "The Mommies", and "Hardball". He starred in the television series, "Unhappily Ever After" which ran from 1995-1999, his first long-running TV role. He played Ross Malloy and racked up 100 episode appearances over the course of his role on the show. Berfield, at age 9 in 1995, was one of 3,000 young actors who auditioned for the role of the young Anakin Skywalker in Star Wars: The Phantom Menace, a role he lost to Jake Lloyd.

Berfield made waves and gained international prominence when he co-starred in the massively successful comedy series "Malcolm in the Middle" which ran from 2000 – 2006. He was cast on January 8, 2000, by Linwood Boomer. Benfield played Malcolm's trouble-making older brother Reese on the Fox sitcom. Berfield appeared in all 151 episodes of that series. With the recording of the 100th episode, Berfield became the youngest actor in screen history to have appeared in 100 episodes of two different TV series.

After "Malcolm in the Middle" officially wrapped on May 14, 2006, Justin chose to shift his focus to production work. He has served as a producer or executive producer for such projects as "The Country Bears", "Romance and Cigarettes", "Filthy Rich: Cattle Drive", and "Sons of Tucson". He has also provided voices for such animated projects as "Kim Possible" and "The Fairly OddParents". He has mainly stuck to production work after his time on "Malcolm in the Middle," although he made a one-off appearance in the series "Sons of Tucson" in 2010.

Charity Work: Berfield was asked in 2001 to serve as a National Youth Ambassador for the Ronald McDonald House Charities. He participated in the charity for three years until he turned 18. Since then, he has been active with St. Jude Children's Research Hospital and Virgin Unite, the charitable organization of Virgin Group. In 2002, Berfield donated $100,000 dollars to the Ronald McDonald House World Children's Day Benefit.

Personal Life: Justin married his wife Liza Berfield in 2017. The couple has one daughter.

In January 2006, Justin bought the house that was made famous in the hit reality series "Newlyweds," which starred then-married pop stars Jessica Simpson and Nick Lachey. The house, located in Calabasas, California, was reportedly priced at $3.75 million. However, Justin's reps would not disclose his offer. 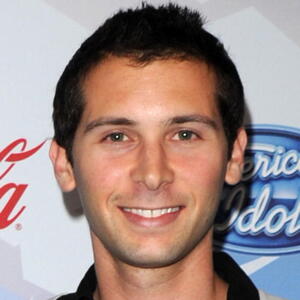