What is Jussie Smollett's Net Worth?

Jussie Smollett is an American actor, singer, and photographer who has a net worth of $300 thousand. He is best known for his starring role on the television series "Empire" from 2015 to 2019. He has also earned notoriety for his connection to an unusual "attack" incident that took place in Chicago in 2019. More on that incident later in the article.

Justin Smollett, better known by the name Jussie, was born in Santa Rosa, California, on June 21, 1982. His parents are Janet (née Harris) and Joel Smollett. He has five siblings: three brothers and two sisters. His family moved to New York City when he was two years old, and they lived in the Elmhurst neighborhood of the city, before moving back to California when he was seven, and then later to New Jersey. Smollett graduated from Paramus Catholic High School in Paramus, New Jersey.

He stayed out of the spotlight until 2012, when he made his return to acting with the LGBTQ romantic comedy-drama "The Skinny" (2012), as the lead character Magnus. That same year, he was a guest star on an episode of the show "The Mindy Project", and in 2014 he appeared in an episode of "Revenge". Then, in 2014, Smollett landed the role of Jamal Lyon, a gay musician from a family in the music industry, on the Fox drama "Empire". His co-stars on the show included Taraji P. Henson and Terrence Howard. He appeared on seasons 1-5 of the show, although his appearances were removed from the last two episodes of the fifth season due to the Chicago "attack" controversy he was involved in at the time. While he was starring on "Empire", another project he appeared in is the show "Underground", which starred his younger sister Jurnee Smollett.

In addition to his acting pursuits, Smollett has also pursued a musical career. He released his first EP, "The Poisoned Hearts Club", in 2012. Then, in 2015, he announced that he had landed a recording contract with Columbia Records. His debut studio album, "Sum of My Music", was released in 2018, through his own label Music of Sound. Smollett also co-wrote several original songs for his show "Empire", including "I Wanna Love You" and "You're So Beautiful", which appear on the album "Original Soundtrack from Season 1 of Empire" (2015). 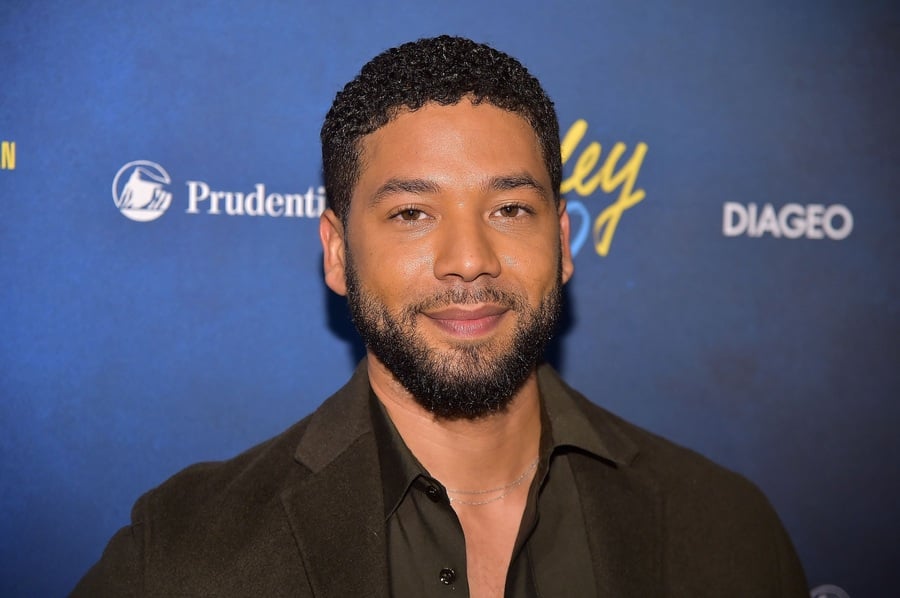 On January 29, 2019, Smollett reported to police that he had been attacked by two white men wearing ski masks. He claimed that the attackers tied a noose around his neck, poured gasoline over his body, beat him, and hurled obscenities about his ethnicity and sexual orientation. In his version of the events the attackers recognized him from Empire and yelled "this is MAGA country", referencing the slogan "Make American Great Again" popularized by President Donald Trump.

Over the following several weeks Chicago PD ultimately learned that Smollett likely was involved in the planning of the attack which had been carried out by two brothers who knew him from being extras on Empire. The brothers were reportedly paid $3500 to carry out the staged attack. In February 2019, a grand jury charged Smollett with a class 4 felony for filing a false police report. He subsequently turned himself in to the Chicago Police Department. In March all of the charges filed against him were dropped, but then in April the city of Chicago filed a case against him that resulted in him being indicted by a Cook County grand jury on six different counts. Both time charges were filed against him, Smollett pleaded not guilty.

On April 30, 2019, following the incident, Fox executives announced that Smollett would not be returning for season 6 of "Empire". Fox reportedly negotiated an option to pay off Smollett for his season 6 contract but will not be using him on the show. In other words, he's essentially getting paid to NOT work on the show for that season. In a rare interview on September 9, 2020, Smollett spoke out regarding the incident. He joined author and activist Marc Lamont Hill on an Instagram live session to discuss the case, and maintained his own innocence