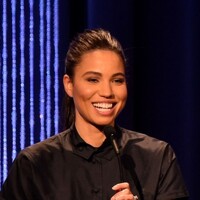 What is Jurnee Smollett's Net Worth?

Jurnee Smollett is an American actress who has a net worth of $2 million dollars. Jurnee Smollett began her career as a child on the television sitcoms "Full House" and "On Our Own." She went on to star on a number of shows as an adult, such as "Friday Night Lights," "The Defenders," "True Blood," "Underground," and "Lovecraft Country." On the big screen, Smollett's credits include the films "Eve's Bayou," "Gridiron Gang," "The Great Debaters," and "Birds of Prey." Jurnee's brother is controversial "Empire" actor Jussie Smollett.

Jurnee Smollett was born on October 1, 1986 in New York City, New York to Janet and Joel. Her mother is black, while her father is Jewish with Russian, Romanian, and Polish ancestry. Smollett has a sister named Jazz, as well as four brothers named Jussie, Jake, JoJo, and Jocqui.

Smollett began her professional acting career as a kid in 1992, appearing in episodes of the sitcoms "Out All Night" and "Martin." The same year, she began playing the recurring role of Denise Frazer on the sitcom "Full House," a role she also played on the sitcom "Hangin' with Mr. Cooper."

Smollett had her first main role on television from 1994 to 1995, when she starred alongside her five siblings on the short-lived sitcom "On Our Own." Following the end of the show, she appeared in an episode of "NYPD Blue." From 1998 to 2000, Smollett had her next main role on the short-lived sitcom "Cosby"; for her work, she earned two NAACP Image Awards. Smollett next starred in the biographical television film "Selma, Lord, Selma," and appeared in an episode of the animated anthology series "Happily Ever After: Fairy Tales for Every Child." In 2001, she had a notable role as the daughter of Angela Bassett's character in the television film "Ruby's Bucket of Blood."

After appearing in episodes of "Strong Medicine" and "ER" in 2002, Smollett had a recurring role on Wanda Sykes' sitcom "Wanda at Large." She next appeared in episodes of the medical dramas "House" and "Grey's Anatomy." Smollett had one of her most significant roles from 2009 to 2011, playing Jess Merriweather on the sports drama series "Friday Night Lights." Also during this time, she costarred alongside Jerry O'Connell and Jim Belushi on the short-lived legal series "The Defenders." Smollett subsequently had a recurring role on "The Mob Doctor," as well as a main role in the final two seasons of the HBO vampire drama "True Blood." In 2013, she appeared in multiple episodes of the medical drama "Do No Harm" and the family dramedy "Parenthood." From 2016 to 2017, Smollett played the main role of house slave Rosalee on the period drama "Underground." She landed another main role in 2020 on the HBO series "Lovecraft Country," playing photographer Letitia "Leti" Lewis. 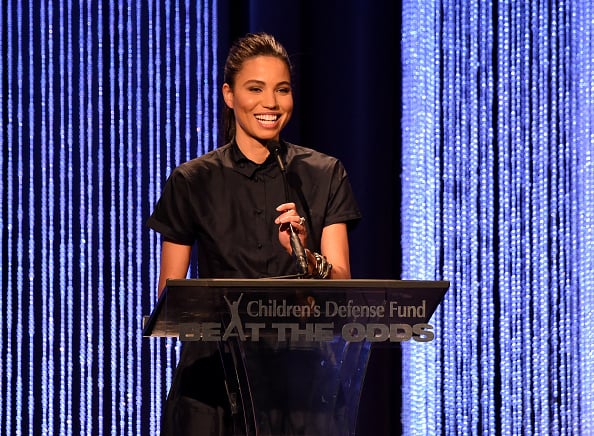 Smollett made her big-screen debut in 1996 in Francis Ford Coppola's "Jack," starring Robin Williams. The following year, she drew critical acclaim for her leading role in the Southern Gothic drama "Eve's Bayou," in which she appeared opposite Samuel L. Jackson, Debbi Morgan, and Lynn Whitfield as a Creole child living in a wealthy Louisiana community in the 1960s. For her performance, Smollett earned an NAACP Image Award nomination. Her next film role came in 2000's "Beautiful Joe," starring Sharon Stone and Billy Connolly. Five years later, Smollett appeared alongside Bow Wow and Brandon T. Jackson in the roller-skating film "Roll Bounce." Subsequently, in 2006, she appeared in the Dwayne Johnson football drama "Gridiron Gang."

In 2007, Smollett gave one of her most praised performances yet in the biographical drama "The Great Debaters," starring Denzel Washington. In the film, she played the character of Samantha Booke, the lone female debater at the historically black Wiley College in Texas. Smollett won the NAACP Image Award for Outstanding Actress in a Motion Picture for her performance. For her next major film role, she starred in Tyler Perry's 2013 romantic drama "Temptation: Confessions of a Marriage Counselor." Three years after this, Smollett portrayed Juanita Leonard, wife of boxer Sugar Ray Leonard, in the biographical sports drama "Hands of Stone." Her later credits have included "One Last Thing," the DC Comics superhero film "Birds of Prey," and the science-fiction action film "Escape from Spiderhead," costarring Chris Hemsworth and Miles Teller.

Since she was a kid, Smollett has been actively involved in campaigns focused on raising awareness of HIV/AIDS. She became drawn to this concern at the age of seven, when a crew member on her show "On Our Own" passed away from the disease. Smollett has worked with survivor Hydeia Broadbent, and has partnered with the Black AIDS Institute and Red Cross. Additionally, she gave a speech at the Ryan White Youth Conference, and sits on the Board of Directors of the groups Artists for a New South Africa and Children's Defense Fund.