Juno Temple Net Worth: Juno Temple is an English actress who has a net worth of $1 million. Juno Temple was born July 21, 1989 in London, England. She is the daughter of producer Amanda Pirie and film director Julien Temple and her aunt is politician Nina Temple. Juno Temple is best known for her roles in the films The Other Boleyn Girl, Wild Child, Atonement, Kaboom, St Trinian's, Little Birds, Killer Joe, The Dark Knight Rises and Afternoon Delight.

She seems to have a penchant for complicated roles in dark material. Although she made her screen debut in her father's "Pandaemonium" (2000), she made a bigger impression as Cate Blanchett's daughter in the drama of obsession and seduction Notes on a Scandal (2006). She went on to play a young girl whose rape inspires her cousin to create a lie that ends up destroying a family in the Oscar-winning drama Atonement (2007) and the unhappily married, scheming sister-in-law of the doomed Queen Anne (Natalie Portman) in the glossy historical drama The Other Boleyn Girl (2008). Temple took supporting roles in the prehistoric spoof Year One (2009), the indie dramedy Greenberg (2010) and the remake of The Three Musketeers (2011). Never an actress to shy away from a difficult role or a challenging project, she made headlines for her role as Dottie Smith, a naïve young woman held as a sexual pawn by low-level criminals attempting murder and insurance fraud in William Friedkin's controversial black comedy Killer Joe (2011). Temple went on to star in the lesbian horror romance Jack and Diane (2012), but found more mainstream success with a small role in the blockbuster The Dark Knight Rises (2012) as a friend of Selina Kyle's (Anne Hathaway) Catwoman. In February of 2013, Juno Temple won the EE Rising Star BAFTA Award, voted for by the public. 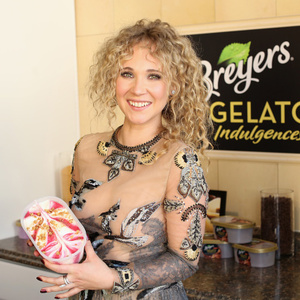