She immediately started studying improv comedy, and began performing and writing at the city's Upright Citizens Brigade Theatre. Raphael and fellow NYU classmate Casey Wilson worked together in comedy as writers and performers and eventually co-wrote the 2009 movie "Bride Wars" starring Kate Hudson and Anne Hathaway. They've collaborated on numerous projects, including penning "The Bachelorette Party", "Ass Backwards", and "You Complete Us". Raphael made her TV debut in an episode of "Ed" in 2002. She has since appeared in "New Girl", "Drunk History", "In the Motherhood", "Funny or Die Presents", "Girl Most Likely", "Whitney", "American Dad", "Happy Endings", and "Anchorman 2: The Legend Continues". Raphael appeared in the off-Broadway production of "Love, Loss, and What I Wore". She starred in "NTSF:SD:SUV:;" on Adult Swim and co-hosts the podcast "How Did This Get Made?". Raphael has been married to her husband, actor and comedian Paul Scheer, since 2009. They met at the Upright Citizens Brigade Theatre. They have one child together. 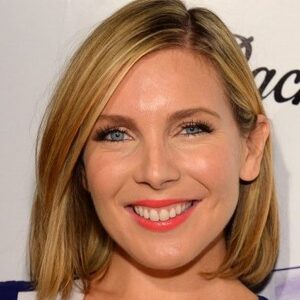