June Allyson Net Worth: June Allyson was an American actress, dancer, and singer who had a net worth of $10 million. June Allyson was born in The Bronx, New York in October 1917 and passed away in July 2006. She started off on Broadway in 1938 and then signed with MGM in 1943.

Allyson's breakthrough role came in the movie Two Girls and a Sailor. June was known for her girl next door image and was paired with Van Johnson in five films. Allyson won the Golden Globe Award for Best Actress for the movie Too Young to Kiss. She hosted and starred in The DuPont Show with June Allyson from 1959 to 1961 on CBS. She returned to stage in the 1970s and released her autobiography in 1982. She established the June Allyson Foundation for Public Awareness and Medical Research and was later a spokesperson for Depend undergarments. Allyson was voted among the most popular stars in the country and had a box office ranking in the top 25 for five years during the 1950s. Her last acting roles came in 2001. Allyson received a Star on the Hollywood Walk of Fame in 1960 at 1537 Vine Street. June Allyson passed away on July 8, 2006 at age 88. 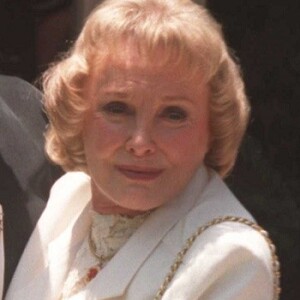