Jun Ji-hyun net worth: Jun Ji-hyun is a South Korean actress and model who has a net worth of $6 million. She is best known for staring in several Korean movies and TV shows.

Jun Ji-hyun was born in Seoul, South Korea in October 1981. In 1999 she starred as Seo Yoon-joo on the television series Happy Together. Jung Ji Hyun starred as Cheon Song-Yi on the TV series My Love from Another Star from 2013 to 2014. From 2016 to 2017 she starred as Shim Chung on the series Legend of the Blue Sea. Jung Ji Hyun has starred in the films White Valentine, II Mare, My Sassy Girl, The Uninvited, Windstruck, Daisy, A Man Who Was Superman, Blood: The Last Vampire, Snow Flower and the Secret Fan, The Thieves, The Berlin File, and Assassination. She was won several awards and become a top Hallyu star in Korea. 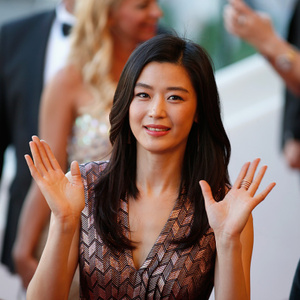