Julio Macias net worth: Julio Macias is a Mexican American actor who has a net worth of $500 thousand. He is best known for starring as Oscar on the TV series On My Block.

Julio Macias was born in Mexico City, Mexico in March 1990. In 2014 he starred as Poncho on the TV mini-series La vida es como el cine. Macias began starring as Oscar "Spooky" Diaz on the television series On My Block in 2018. He has appeared in the films Por Sofia and SinVerguenzas and the shorts Crazy Bastard, Hypermetropia, The Strange Case of La Blanca Mujer, The Show Must Go On, Versus, Keep the Hate Forever, Blind Alley, The Universe of the Little Things You Live In, Tempo, Cupid Is Full of Sh**, Blazed to the Future, The Lonely Walk, Blazed to the Future II, Baby Talk, Obsidian, and No Summer for You. In 2019 he was nominated for an Imagen Award for Best Supporting Actor – Television for On My Block. 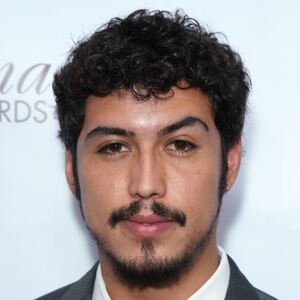