Juliette Binoche net worth: Juliette Binoche is a French actress, visual artist, and dancer who has a net worth of $20 million million dollars. Juliette Binoche was born in Paris, France, and began acting in plays when she was in high school. She directed her first play when she was 17. After enrolling at the Conservatoire National Supérieur d'Art Dramatique (CNSAD), she decided the curriculum was not to her liking, and she left the school.

She subsequently secured an agent, and then toured all over Europe with a theater troupe, while continuing to study acting. She made her on-camera debut in the early 80s, and has since gone on to a massively successful career both in Europe and the US. She has appeared in such films as "Rendez-vous", "Bad Blood", "The Unbearable Lightness of Being", "Damage", "Chocolate", "Jet Lag", "Bee Season", "Breaking and Entering", and "Camille Claudel 1915". She is most widely recognized for her work in the "Three Colors" trilogy, and for her Oscar winning performance in "The English Patient". 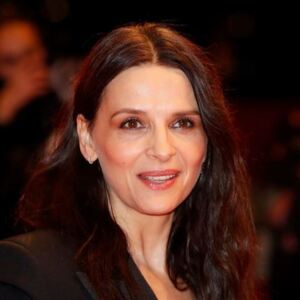