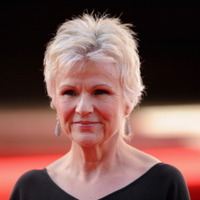 Julie Walters Net Worth: Julie Walters is an English actress and writer who has a net worth of $2 million. Born in Edgbaston, Birmingham, England, in 1950, Julie Walters started working in the insurance industry before her 16th birthday. Soon, she learned nursing before leaving the field to study acting and English at Manchester Metropolitan University. During the mid-'70s, she started working with Liverpool's Everyman Theatre Company. She appeared in several on-stage productions before making her on-screen debut in a 1975 episode of "Second City Firsts". Walters' big break began on-stage in a London production of "Educating Rita"; the play was eventually adapted for the big screen. Walters earned an Oscar Nomination for Best Actress for the part in the 1983 movie. She starred opposite Michael Caine, and won a BAFTA Award and a Golden Globe Award for her performance. She appeared in "The Secret Diary of Adrian Mole", "Personal Services", and "Mack the Knife" to round out the decade. Walters was nominated for her second Academy Award for "Billy Elliot". She starred in the "Harry Potter" franchise as Molly Weasley, appearing in every film except for "Harry Potter and the Goblet of Fire". Her more recent credits include "Calendar Girls", "Ahead of the Class", "Driving Lessons", "The Ruby in the Smoke", "Mamma Mia!", and The Hollow Crown". She published her first novel, "Maggie's Tree", in 2006. In 1999, she earned Order of the British Empire honors. Walters has been married to her husband, Grant Roffey, since 1997, though they had been dating for much longer. She gave birth to their daughter, Maisie, in 1988.