Julie London net worth: Julie London was an American singer and actress who had a net worth equal to $10 million at the time of her death in 2000 after adjusting for inflation. She is perhaps best known for starring on the TV series Emergency!

Julie London was born in Santa Rosa, California in September 1926 and passed away in October 2000. Her parents were in vaudeville and she became an actress after being an elevator operator. One of London's best known roles came starring as Dixie McCall, R.N. on the television series Emergency! from 1972 to 1978. She starred in several films and co-starred with Rock Hudson in the 1951 movie The Fat Man. Julie London co-starred with Robert Taylor and John Cassavetes in the 1958 film Saddle the Wind and with Robert Mitchum in the 1959 movie The Wonderful Country. She released 32 albums during the 1950s and 1960s and her most popular song was "Cry Me a River".  London was nominated for a Golden Globe Award in 1974 for Emergency!. She was married to Jack Webb from 1947 to 1954 and to Bobby Troup from 1959 to 1999. Julie London passed away on October 18, 2000 at 74 years old. 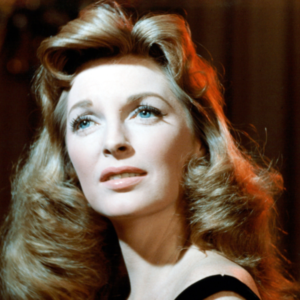