What is Julie Kavner's Net Worth and Salary?

Julie Kavner is an American actress who has a net worth of $85 million dollars. Julie Kavner is most widely recognized for voicing Marge Simpson, on "The Simpsons." She also voices Marge's mother and sisters Patty and Selma.

Prior to The Simpsons, Kavner won an Emmy for her role as Brenda Morgenstern on the 70s sitcom, "Rhoda." Kavner has also appeared in a number of films, including several by writer-director Woody Allen such as "Hannah and Her Sisters," "Radio Days," and "Deconstructing Harry."

She is notoriously private and almost reclusive. Kavner rarely makes public appearances and does not allow anyone to photograph her at work. She has been living with producer David Davis since 1976.

Julie Kavner was born on September 7, 1950 in Los Angeles, California to furniture manufacturer David and family counselor Rose, both Jewish. As a teen, she went to Beverly Hills High School, where she considered herself a loner. For her higher education, Kavner attended San Diego State University as a drama major, and was cast in several school productions. After graduating, she worked as a typist at the UCLA School of the Arts and Architecture.

In 1974, Kavner had her career breakthrough with her very first professional acting role, on the television sitcom "Rhoda." On the show, she played Brenda Morgenstern, the younger sister of Valerie Harper's titular character. "Rhoda" ran for five seasons through 1978, and earned Kavner four Emmy Award nominations and one win for Outstanding Supporting Actress in a Comedy Series.

Further Television Career in the 70s and 80s

While she was still on "Rhoda," Kavner appeared in episodes of "The ABC Afternoon Playbreak," "Petrocelli," and "Lou Grant." She was also in the television film "Katherine," starring Sissy Spacek, Henry Winkler, and Art Carney. In the early 80s, Kavner appeared in an episode of "Taxi," and was in the television films "Revenge of the Stepford Wives" and "A Fine Romance." She landed her next big role in 1987, when she was cast as Tracey Ullman's sidekick on the variety program "The Tracey Ullman Show." For her work on the show through 1990, Kavner received four Emmy nominations.

In 1989, Kavner began her most famous role, voicing the character of Marge Simpson on the animated sitcom "The Simpsons." Earlier, she had debuted this character in a series of animated shorts created for "The Tracey Ullman Show." As Marge, Kavner is internationally recognized for her distinctive, gravely vocal performance. Also on the series, she voices Marge's chain-smoking identical twin sisters Patty and Selma, who have similarly raspy but lower-register voices. "The Simpsons" is one of the longest-running television series in history, spanning hundreds of episodes over multiple decades. It is still on the air.

For her work on the show, Kavner won an Emmy Award for Outstanding Voice-Over Performance in 1992. Notably, she has a clause in her contract that allows her to never have to promote "The Simpsons" on video.

How much does Julie Kavner make per episode of The Simpsons?

According to their latest contract, each principal voice actor on The Simpsons makes $300,000 per episode. That translates into around $7 million per season. 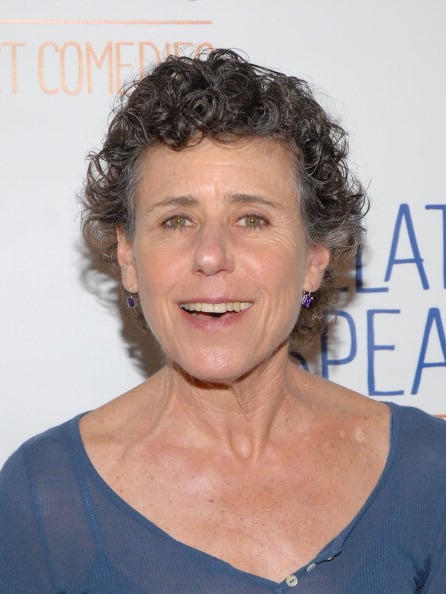 Beyond "The Simpsons," Kavner was in the 1996 television film "Jake's Women," based on the eponymous play by Neil Simon. She was also in episodes of the sitcom "Sibs" and the medical drama "Birdland." From 1996 to 1999, Kavner reunited with her former colleague Tracey Ullman to appear on the HBO sketch comedy series "Tracey Takes On…"

Kavner made her feature film debut in 1982, playing Mrs. Falcone in "National Lampoon's Movie Madness." Three years later, she appeared as Cookie Katz in the Steve Guttenberg comedy "Bad Medicine." Kavner then had her first of many collaborations with writer-director Woody Allen, playing Gail in his 1986 film "Hannah and Her Sisters." She went on to appear in Allen's films "Radio Days," "Alice," "Shadows and Fog," and "Deconstructing Harry," and also had a role in his segment of the anthology film "New York Stories," entitled "Oedipus Wrecks." Further, Kavner costarred in Allen's 1994 television film "Don't Drink the Water" alongside Michael J. Fox, Mayim Bialik, Dom DeLuise, and Allen himself.

Among Kavner's other notable film roles, she played a nurse who befriends Robin Williams' character in the 1990 drama "Awakenings." She had her first leading role in 1992, starring as aspiring stand-up comic Dottie Ingels in Nora Ephron's directorial debut "This is My Life." Kavner followed this with roles in James L. Brooks' "I'll Do Anything," costarring Nick Nolte and Whittni Wright, and Billy Crystal's "Forget Paris," with Crystal appearing alongside Debra Winger. Next, Kavner voiced a pigeon in the 1998 remake of "Dr. Dolittle," and appeared in the 1999 independent film "Judy Berlin." Kavner had her next significant live-action role in 2006, when she played the mother of Adam Sandler's character in the comedy "Click." The following year, she reprised her voice role as Marge Simpson in the big-screen film adaptation "The Simpsons Movie."

Since 1976, Kavner has been in a relationship with retired television producer and writer David Davis; they live together in Manhattan. Kavner leads an intensely private and nearly reclusive life, and seldom makes appearances in public. Reportedly, she is a pescetarian. 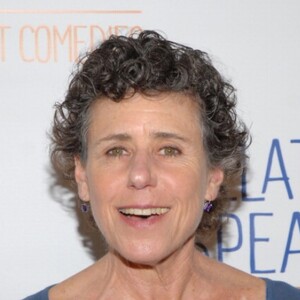