Julie Hagerty net worth: Julie Hagerty is an American actress and model who has a net worth of $4 million. Julie Hagerty was born in Cincinnati, Ohio in June 1955. She made her acting debut off-Broadway in 1979 and later starred on Broadway in The House of Blue Leaves. Hagerty has had recurring roles in the TV series Princesses in 1991, Reunited in 1998, Malcolm in the Middle from 2003 to 2004, Girlfriends in 2004, and Trial & Error in 2017.

She has starred in many films including Airplane!, Airplane II: The Sequel, Lost in America, Goodbye, New York, Bad Medicine, Beyond Therapy, Rude Awakening, What About Bob?, The Wife, U Turn, Mel, Held Up, The Story of Us, Freddy Got Fingered, The Badge, A Guy Thing, Adam & Steve, Pizza, Just Friends, She's the Man, Pope Dreams, Confessions of a Shopaholic, and A Master Builder. In 2002 she was nominated for a Razzie Award for Worst Supporting Actress for Freddy Got Fingered. 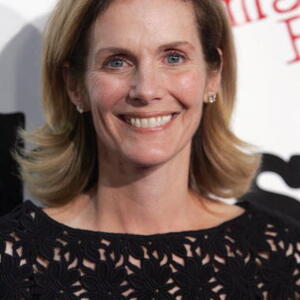