Julie Goodyear net worth: Julie Goodyear is a British actress who has a net worth of $8 million dollars. Julie Goodyear, also known as Julie Kemp, was born in Heywood, Lancashire, England, and spent much of her teen years working at her grandfather's bar, while trying to save enough money to pursue a modeling career.

She eventually moved to London to focus on performance and modeling full-time, and landed work in commercials. She also booked a small role on the soap opera, "Coronation Street". After she took some time off to take acting lessons, she returned to performing, and rejoined the cast of "Coronation Street" as pub landlady, Bet Lynch. She went on to play the role for 25 years. In addition to her award-winning work on "Coronation Street", she has also appeared in such projects as "Nearest and Dearest", "The Dustbin Men", "Revolver", "Hollyoaks", and "The Girls Aloud Party". 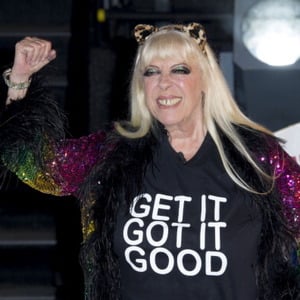