Julie Dreyfus Net Worth: Julie Dreyfus is a French actress who has a net worth of $8 million dollars. Julie Dreyfus was born in Paris, France, in 1966 to an actress mother and producer father. After studying interior designer at the University of Paris, Drefyus moved to Japan to attend the Osaka University of Foreign Studies.

Once finished, she stayed in Japan and worked at a design firm and later as a French language teacher on TV. Soon after, Dreyfus landed several on-screen roles in Japan and was well on her way to becoming a foreign talent. She scored a judging role on the country's hit cooking show "Ryori no Tetsujin", otherwise known as "Iron Chef". Dreyfus is best known for her roles in the Quentin Tarantino film's "Kill Bill: Volume 1" and "Kill Bill: Volume 2" in 2003 and 2004. Her other TV and film credits include "A Feast at Midnight", "Legal Aliens", "The Crow: Stairway to Heaven", "Tokyo!", "Vinyan", and "Interpol". She appeared in her third Quentin Tarantino movie in 2009's "Inglourious Basterds" as Francesca Mondino alongside Brad Pitt, Christoph Waltz, and Michael Fassbender. Dreyfus shared a Central Ohio Film Critics Association Award for Best Ensemble and a SAG Award for Outstanding Performance by a Cast in a Motion Picture for her performance. 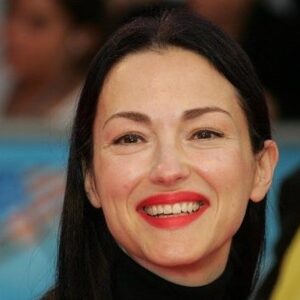