Julie Depardieu Net Worth: Julie Depardieu is a French actress who has a net worth of $20 million dollars. Born in Paris, France, in 1973, Julie Depardieu made her on-screen debut as Sarah in 1996's "Les Liens du Coeur". She has worked consistently since then, often with several appearances in a single year.

Depardieu is best known for her performances in "La petite Lili" as Jeanne-Marie in 2003, in "Un secret" as Louise in 2007, and in "Podium" as Vero in 2004. She won two Cesar Awards for Best Young Actress and Best Supporting Actress for "La petite Lili". She also earned Best Supporting Actress honors for "Un secret". Depardieu was nominated for her third Best Supporting Actress Award at the 2005 Cesar Awards for "Podium". She made her directorial debut with the 2008 operette "les contes d'Hoffman", which premiered at the Vaux le Vicomte chateau in Maincy. Depardieu's other film credits include "L'Examen de minuit", "The Count of Monte Cristo", "Les Marchands de sable", "God is Great, and I'm Not", "Spartacus", "Qui m'aime me suive", "Rush Hour 3", "The Witnesses", "Les Femmes de l'ombre", "The Art of Love", and "Le bal des actrices". She is the daughter of well-known actor Gerard Depardieu and actress Elisabeth Depardieu. 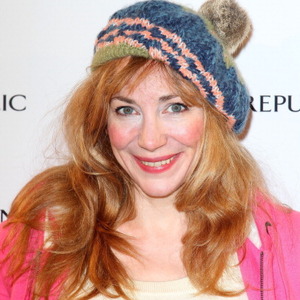